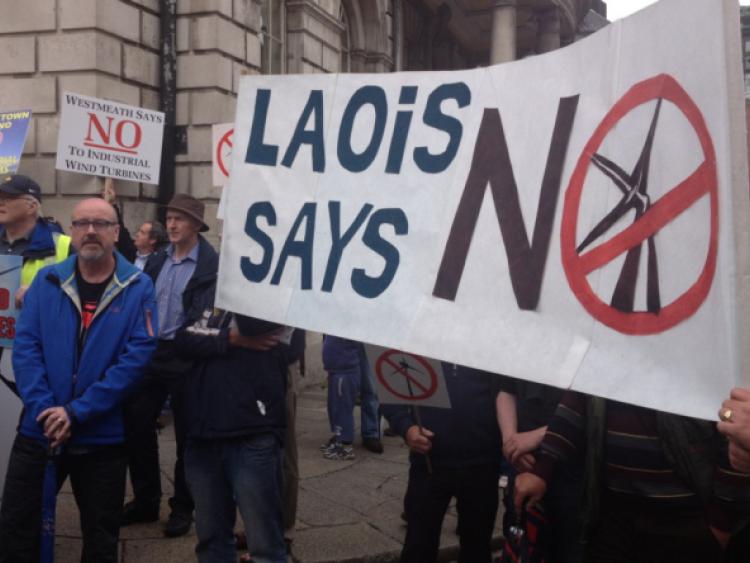 The company were asked by the Leinster Express how the local community will be compensated or will benefit from having the windfarm in their midst, when construction will begin, and how much it will cost.

Coillte were also also asked how many people the wind farm will directly employ, and how much in annual commercial rates the company will expect to pay to Laois County Council.

“Coillte, Ireland’s leading natural resources company, welcomes the decision by An Bord Pleanala. Coillte is committed to the development of sustainable energy in Ireland and wind energy generated from Cullenagh Wind Farm will connect and supply power directly to the Irish national grid, supplying clean renewable indigenous energy for the domestic market”.

The company also declined to say if the windfarm may be sold on in the future.

In their promotional brochure, the company state

“Should the project be successful in its planning application, specific details and timing of all construction activities will be shared with the local community all stakeholders in advance as they become clearer”.

Coillte say the height is in keeping with Laois’ other windfarm, Gortahile in the south east, which has eight turbines of 125m height.

65 percent of the Cullenagh site is in the area designated by the council as “preferred” for windfarms, the other site south of the Pike road is designated as “open for consideration”.

Coillte have ten years to build the windfarm, which can stand for 25 years.