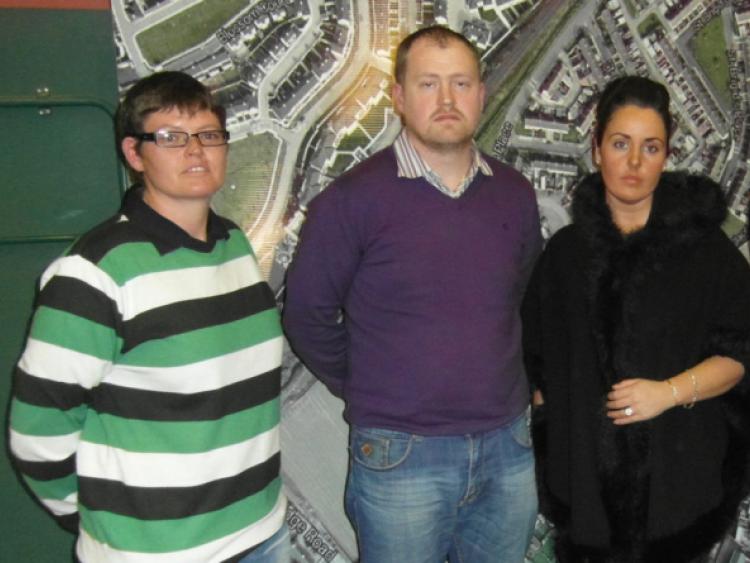 The council turned down requests for ramps by residents who included Stephen and Amanda Greene, parents of Maria who was fatally knocked down in the estate in March.

Two ‘Children at Play’ signs are proposed, and the council may extend a 30km/hr speed limit in parts of Portlaoise, to the estate. This will be decided during a speed limit review in the autumn.

Most of the work will go into the roads around Portlaoise Leisure Centre, which gets four new zebra crossings.

“The roads department is well aware of the recent campaign for further speed ramps. The ramps installed would typically only reduce speeds around 25km/hr and have limited effect in the green area.

Our road design office would recommend avoidance of the proliferation of speed ramps as the default solution to traffic calm an area,” the report reads.

Neither the residents nor Sinn Féin Cllr Caroline Dwane are happy with the proposals.

“I was really taken aback that there were no ramps. I welcome the measures, but I will be demanding that the council install sufficient road safety measures to prevent further tragedies,” she said.

She is seeking a 25km speed limit, raised table crossings at the green area near the top of the estate, and more ‘children at play ‘ signs.

“Three children have been killed in housing estates so far this year. This should have been done already, now it will take another three months, it is shameful,” he said.

Director of Services for roads is Kieran Kehoe.

“We met with representatives from St Brigid’s place last Friday and went through the report in detail with them. At the same meeting they made a submission to Laois County Council and we gave a commitment to look at this submission and revert. This is now the stage we are at,” he said.