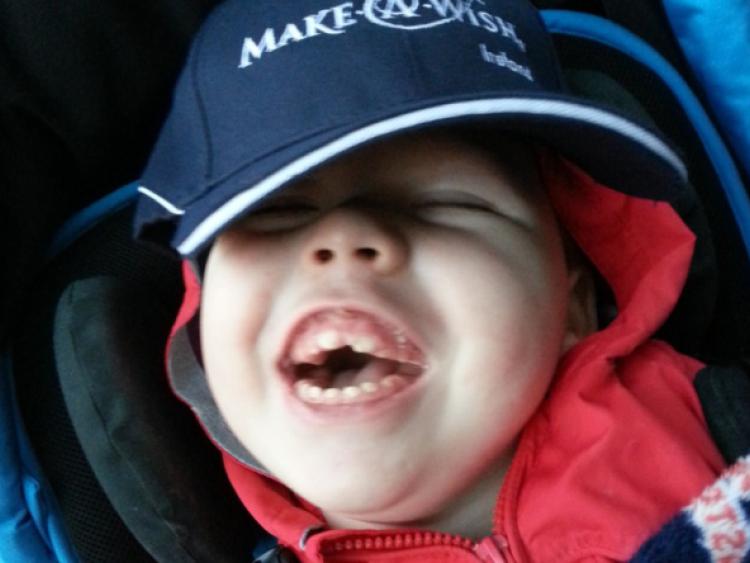 Fundraising to help two seriously ill young Mountmellick brothers Ben and Jake Connolly, is up to €60,000, with more events on the way.

Fundraising to help two seriously ill young Mountmellick brothers Ben and Jake Connolly, is up to €60,000, with more events on the way.

The boys aged 5 and 1, are the only two Irish sufferers of a rare condition called Allan Herndon Dudley Syndrome. It causes progressive brain damage and leaves them unable to support their bodies, with a short life expectancy.

Last April their parents Nicolette and Terence made an urgent appeal for help to build the boys a new home.

They live in a cramped two storey 1950s semi, where the boys have to be carried upstairs to sleep, and the kitchen and sitting room are taken up with hospital equipment, with no room to extend.

The family hope to raise enough money to build a single storey house for the boys, with wheelchair access, hoists, a wetroom, and a sensory garden, to make their lives safe and comfortable.

They were overwhelmed with support, with fundraisers held in Mountmellick, Portarlington and Newbridge.

He thanked people for voting for the boys in the Tesco charity campaign in Portlaoise, where €1,000 will be shared with two other charities.

“It means people are becoming more aware of them in Portlaoise,” he said.

Mr Farrell said setting up a legal trust fund has taken longer than expected, slowing plans for a nationwide appeal.

He hopes fundraisers, such as a live music benefit in the Rock GAA club this Saturday night, will continue to take place in the meantime.

“It’s the power of the people that is driving it, the good will of people. We hope they can keep the momemtum going,” he said. thanking Philip White, organiser of Saturday’s concert, which features artists Silent Wave, Mimic and The Falling Femmes.

Meanwhile, the family have suggested to the Laura Lynn children’s hospice charity that they could take on the operation of the house in years to come, to benefit other ill children.

“We have approached Laura Lynn to take over the house when the boys are no longer with us. We are really hoping they take us up on that it would be a lovely way for the boys memory to live on,” said a statement on Ben and Jake’s facebook page, posted on August 18.

Laura Lynn are to discuss the offer at a board meeting later this month.

Initial house plans have been drawn up by an architect.

“Exciting received first draft of Ben and Jakes Trust house from the architect just looking at it, it would make such a difference to their lives,” the family posted.