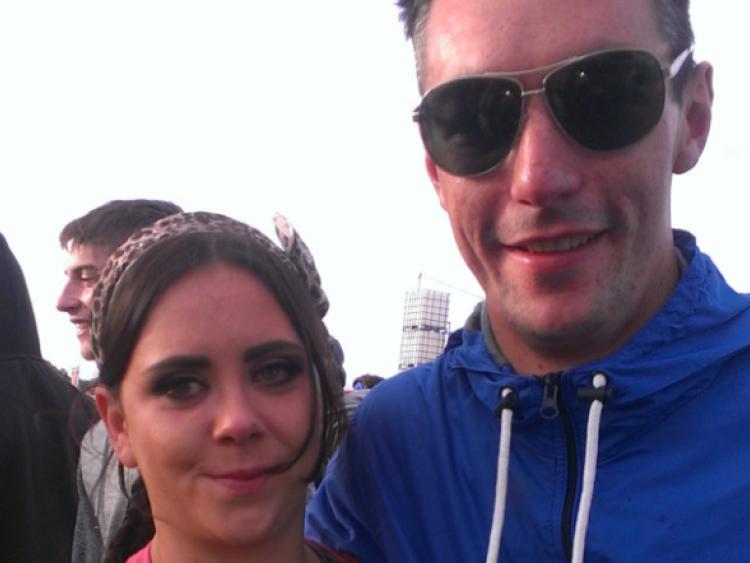 It started off in rain and mud but nothing could dampen the joy of 41,000 punters at the biggest ever Electric Picnic in Stradbally last weekend.

It started off in rain and mud but nothing could dampen the joy of 41,000 punters at the biggest ever Electric Picnic in Stradbally last weekend.

Once again Laois proved it can host massive events without a hitch, with an altered traffic plan running smoothly, while security and Gardaí interacted happily with festival goers.

Happier than everyone was Fiona Maher from Mountrath who had a shock marriage proposal from her boyfriend of eight years, Leon Ryan.

Going down on one knee with a diamond ring in the centre of the site on Saturday evening, Leon got a tearful yes, before the two were enveloped in hugs from their excited friends.

Leon aged 24 from Castletown told the Leinster Express he had only planned the proposal during the week.

“She wouldn’t think I would do it here and it’s her birthday on Monday, you could see she wasn’t expecting it from her reaction,” said Leon.

Fancy dress, indian feathers and kids in protective earphones were the order of the weekend, which along with world class music offered something for all ages, from the mayhem of Body and Soul and Trailor Park to Mindfield and circus entertainment.

There was music for all ages too, with 80’s icons Blondie, the Stranglers, Bonnie Tyler and Simple Minds showing they could still rock.

Bonnie Tyler had the crowd not knowing if they were coming or going in Electric Ireland’s power ballads tent, with a delayed appearance, then ironically a power cut.

On Saturday singer songwriter Hozier from Wicklow who has made it in America this year despite not having released his first album yet, had the massive audience in the palm of his hand, with even the sun finally coming out to shine for him.

Likewise with Scotsman Paolo Nutini, who had another packed audience singing along to every word, and new versions of favourites like Pencil Full of Lead.

On Sunday Lily Allen entertained in poptastic style with giant milk bottles on stage, while Beck truly rocked. OutKast offered a fun festival finish, with many carrying on dancing into the early hours.