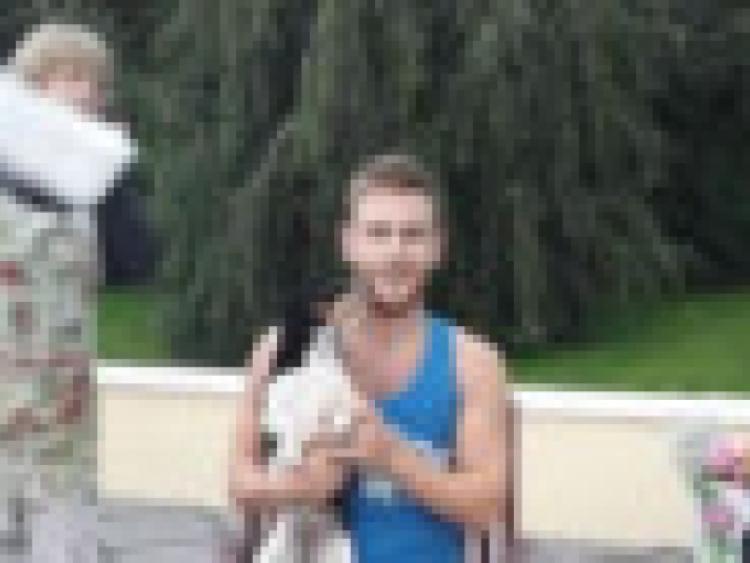 A Laois man has taken the internet by storm with his hilarious ice bucket challenge, in aid of the Irish Motor Neuron Disease Association.

A Laois man has taken the internet by storm with his hilarious ice bucket challenge, in aid of the Irish Motor Neuron Disease Association.

Keith Storey from Mountmellick is the man behind the “Jesus Mammy!” ice bucket challenge, which was uploaded onto Facebook on Thursday, August 21.

The clip has been a massive hit online, with almost 90,000 views on YouTube, and Irish clothing company Hairy Baby have even designed a t-shirt.

The challenge involves taking a bucket of ice-cold water and pouring it over your head in exchange for a text donation to the IMNDA.

In the clip, Keith goes about making his nominations, but mammy Anne Storey is too quick off the mark and drenches him before he has two words spoken.

Keith, who is a radiographer in St James’ Hospital, spoke to the Leinster Express about his moment of fame, admitting that he probably should have explained it more.

“It was mostly my fault now, I probably didn’t explain it to her properly. Ben gave me the thumbs up to go, and she thought he was giving them to her. Next thing she threw the whole thing on top of me,” he said.

The 22 year old’s “Jesus Mammy!” response is nothing short of comical, and it wasn’t long before every online news site had re-posted the clip.

“It was something silly that turned into something massive for a day or two. So many sites had it up, The Irish Mirror, breakingnews.ie, Joe.ie, UniLAD, YouTube, 98fm, ITV, UTV.

“Then 2fm rang us and asked us would we come on the Ruth Scott and Paddy McKenna Show on Saturday, which was random enough, and myself, Ben and Mammy did the ice bucket challenge with them,” he said.

Irish clothing company Hairy Baby are now selling a limited edition ‘Jesus Mammy’ tshirt, and all proceeds are going towards the IMNDA.

“Ruth and Paddy tweeted Hairy Baby and asked them would they make a t-shirt, and they did. I tried to get one, but they were all sold out,” he said.

Over one million euro has been raised for the IMNDA since the ice bucket challenge took over social media in the past few weeks.

“We are completely overwhelmed by the generosity of the Irish public, and when the dust settles we will have a consultation process...to discuss the most meaningful way to use this enormous sum of money. We are committing 25 per cent of all funds to MND Research,” it said.