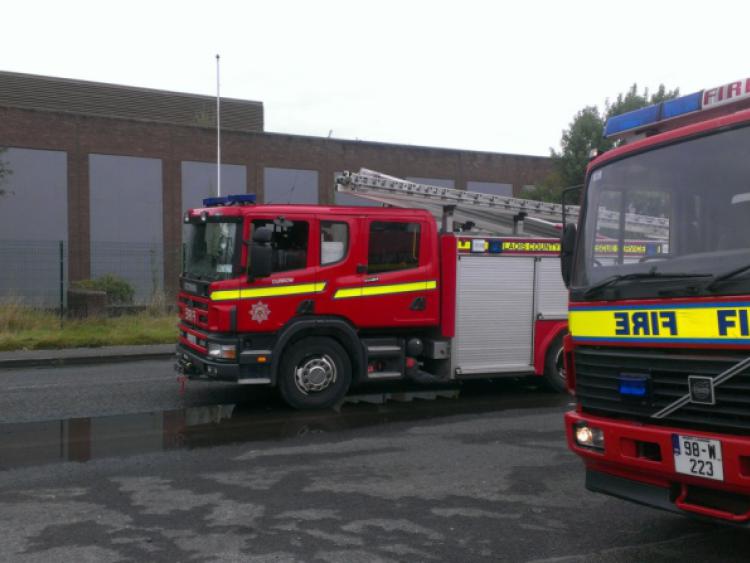 An investigation is underway in to the cause of a major fire at disused factory in Portarlington, Co Laois which locals had warned could be a fire risk.

An investigation is underway in to the cause of a major fire at disused factory in Portarlington, Co Laois which locals had warned could be a fire risk.

Four fire units from Laois attended the scene of the blaze at the old Avon building on Canal Road, from 11.30 last night until 9.30am this morning.

The blaze was extinguished by this morning, but the central section of the building has been extensively damaged.

Nobody was injured in the fire, but families living in several caravans on the verge of the site were moved on by authorities.

A Garda crime scene investigation team are on site awaiting approval to enter once advice on asbestos in the building has been received.

Garda Superintendent Joe Prendergast spoke at the scene this morning after being on site with the crews overnight.

“We were quite lucky with the direction of the wind last night, the smoke was quite high and there was no need to evacuate anybody. Our people were on duty not too far away when the alarm was raised and so were on the scene pretty quickly,” he said.

While the cause of the fire is not known, major concerns were raised in 2012 over fears that the building was a fire hazard.

Laois Offaly TD and the now Minister for Foreign Affairs Charlie Flanagan raised concerns over the abandoned factory in with NAMA representatives.

“I met with NAMA this week and requested that they intervene to ensure that the site is secured. NAMA assured me that they would prioitise this issue and I expect a resolution over the next couple of weeks. I have spoken with locals who were worried about the disrepair of the building and also the anti social behaviour that such a derelict building can attract,” he said at the time.

The TD and others also raise the matter with Laois County Council.

The Laois Fire Service later said that the factory in itself was not a fire risk, but it needed to be secured to prevent vandalism.

It is also believed that checks are carried out at the site by the Environmental Protection Agency because of the use of chemicals on the site when it was used.

The former costume jewellery and cosmetics factory closed in 1999 with the loss of 400 jobs.

A 2007 promise of a new tenant creating more than 100 jobs never came to pass.

Clayborne Properties owned the building before it came into NAMA hands.