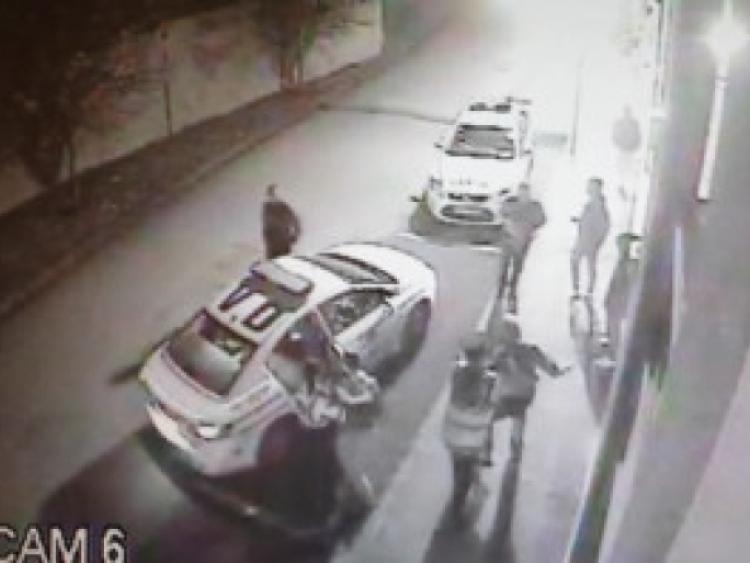 Residents of College Avenue in Mountmellick are said to be angry and frustrated as gangs continue to hold drunken loud parties on their streets, despite some of them being arrested in recent weeks. .

Residents of College Avenue in Mountmellick are said to be angry and frustrated as gangs continue to hold drunken loud parties on their streets, despite some of them being arrested in recent weeks. .

A noisy street session on Friday night October 17, involved more than 20 people, and continued on even after Gardaí arrested and removed four of the drinker in the early hours.

One resident who did not wish to be named, welcomed the arrests but called for continued Garda attention to stamp out reported drinking sessions, drug dealing, street fights and intimidation of residents.

“Young children are being woken up, it never stops. Some of these drinkers are underage, I wonder where are their parents.

“I am angry and frustrated that it’s allowed to happen every other weekend, but it was satisfying to see some of them arrested,” the resident said, claiming that a street fight also broke out on Halloween night .

“I was delighted to see Gardaí out in force, but I wish they would do that every weekend.

“It would stop them, even if they were released the next morning. There is no point just emptying cans,”

The session was the worst in six months claimed the resident, beginning at 6pm.

“They were walking through the estate with cases and cases of beer towards the bridge, playing music at full blast,” the witness said.

A pair of Gardaí first arrived around midnight, searching pickets and confiscating drink.

However the disturbances continued late into the night.

“Even at four in the morning they were still walking up and down, carrying stereos on their shoulders blasting out music. Some of them were so drunk they weren’t even able to stand up,” the resident said.

College Avenue, built less than a decade ago off Patrick Street, is used as a walkway to the secluded parish land of Smiths field, historically a venue for anti social activity.

A playground built there at a cost of quarter a million euros was removed three years later, after repeated vandalism.