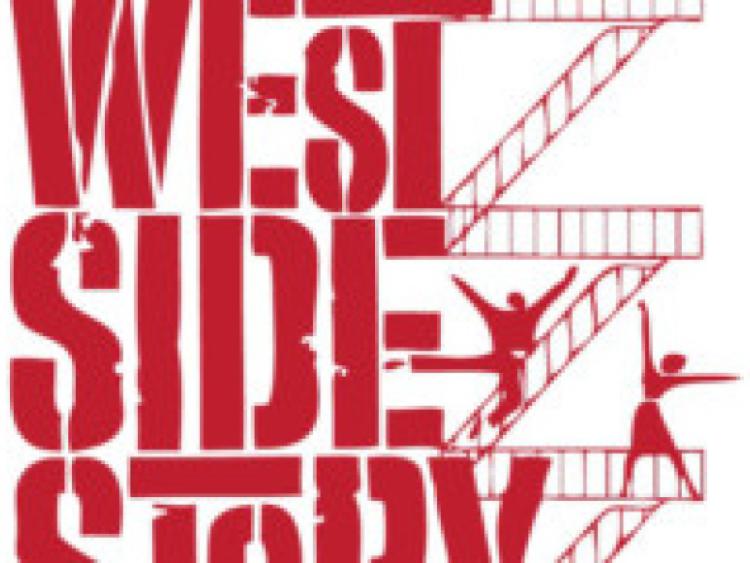 The curtains rose last night November 10 on Cistercian College Roscrea’s all singing, all dancing production of West Side Story.

The curtains rose last night November 10 on Cistercian College Roscrea’s all singing, all dancing production of West Side Story.

With favourite numbers such as ‘Maria’ and ‘Tonight’, the evening was a treat of melody, song and dancing, with many in the audience singing along to the great stage performances by students at the boys’ boarding school.

Inspired by William Shakespeare’s Romeo and Juliet, the musical is set in the Upper West Side neighborhood in New York City in the mid-1950s, and explores the rivalry between the Jets and the Sharks, two teenage street gangs of different ethnic backgrounds.

There are more chances to catch their performances as the show will continue to run tonight Tuesday and tomorrow Wednesday November 12, at the College Hall in the Grounds of Mount St Joseph Abbey, Roscrea, Co. Tipperary.

Brendan Feehan, President of Cistercian College Roscrea, was confident the show would be a resounding success again this year.

“Celebrating over nine decades of musical production, the school is renowned for high standards in music and this year’s performance promises to be no different. The audience is guaranteed to be treated to an evening of melodies, spectacle and dancing that will be a treat to both the eyes and the ears and we welcome all to sing along on the night to all the favourites including ‘Tonight’ and ‘Maria’.” he said.

Doors open at 7pm with curtain up at 7.30pm sharp.

Tickets start at €5 for students and pensioners and €10 for adults. Ticket reservations can be made by calling 0505 23344.