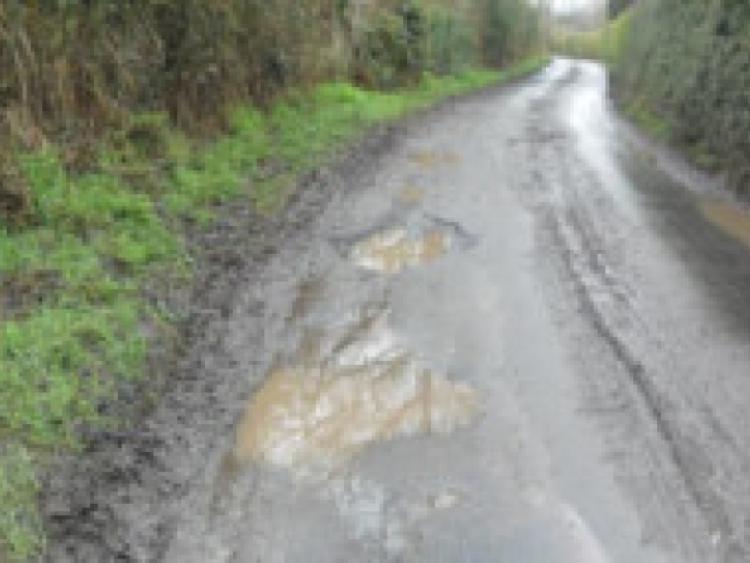 Rural dwellers needng potholes filled may have to resort to holding cake sales or supplying materials to pay towards costs, and then help do the work themselves.

Rural dwellers needng potholes filled may have to resort to holding cake sales or supplying materials to pay towards costs, and then help do the work themselves.

Laois County Council say the only way to get money for repairs to local public roads across the county in 2015 is through the Community Involvement in Roadworks scheme, noted as “great value for money” by one county councillor.

Area engineer Brenda Cuddy explained the scheme, after stating that the council had no money to repair local roads.

“This year we have had eight or nine community involvement schemes that were successful. The community put in 20 percent and then we can drawn down 80 percent from the department. For the first year it was very successful. I would encourage councillors to use it, as we won’t be doing lanes or cul de sacs,” announced the engineer, speaking at the October meeting of Mountmellick Borris-in-Ossory district.

Cllr David Goodwin had requested that the council re-surface the road from Fermoyle Cross to Attanagh.

“It is in a very bad state of repair, and Attanagh is an historic village with a museum. This road is used regularly by a disabled driver,” he said.

The council reply was that there was no money to fix the road .

“One was done in Mountrath, and one in Mountmellick, that’s the way to get them done. They were all tarmacked. In Rosenallis too, and they were 100 percent. The people are getting great value for money,” he said.

The scheme, introduced a year ago, requires residents on local roads to fundraise at least 20 percent of the cost of the road repairs.

This must be paid within a month of being approved for the scheme, either in cash, materials or machinery supplied.

They must trim trees or hedges themselves, and if extra land is needed, it must be given free by the landowner.

The remaining 80 percent of the cost will be drawn down by Laois County Council from the government.

However it will only be paid to the community after the job has been completed by them, and if the work reaches a certain standard.