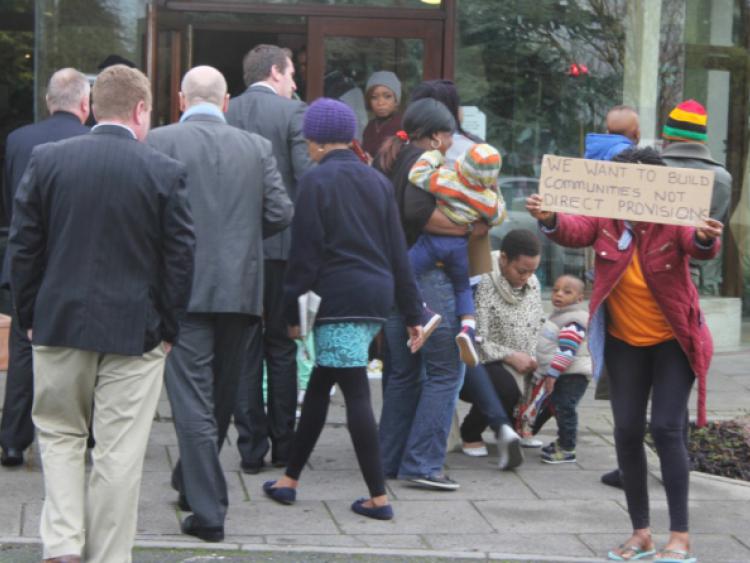 As families in the Montague continue to wait for refugee status, a group of Syrian refugees are soon to be welcomed to Portlaoise.

As families in the Montague continue to wait for refugee status, a group of Syrian refugees are soon to be welcomed to Portlaoise.

Thirteen families who fled civil war will arrive within three weeks, with local supports being put in place to help them resettle.

Costs such as a Support Worker and grants to volunteer and community groups helping them resettle, will be met by the Dept of Justice’s Migrant Integration office, under a programme by the UN High Commissioner for Refugees.

The families have already arrived in Ireland, according to the Department of Justice.

“The families are in Dublin, undergoing a language and orientation programme,” a spokesperson said.

Among the supports the traumatised families will receive will be translation services, medical attention and accommodation, given by a voluntary housing body.

Welcoming the Syrian refugees, Senator John Whelan noted “a stark contrast” between their treatment and that of the 160 odd refugee applicants waiting up to eight years in the Montague’s Direct Provision Centre for a decision on whether they can stay in Ireland.

“The Syrian people are fleeing for their lives, with families slaughtered daily by Islamic militants. The people who arrived to the Montague came of their own volition. Ireland is a small country, we haven’t the capacity to take uncontrolled imigrants, But they have been left to languish with young children in an unsuitable setting that poses dangers,” said Sen Whelan, who is pushing for decisions on the Montague residents within six months “one way or another”.

Mountmellick parishioners were asked to pray for the people in the Direct Provision Centre in their mass newsletter. Marking World Day of Migrants and Refugees last Sunday, prayers were also asked for the victims of human trafficking and racism, and Irish emigrants and prisoners overseas.

Laois County Council have asked community and voluntary groups to join an ‘Interagency Group’ to support the Syrian families for six months, longer if funding is extended.

It is not the first time Portlaoise opened its arms to war refugees. In 1979, 212 Vietnamese refugees were resettled in Ireland, many to Portlaoise.

Since 2008, the Migrant Integration office have spent over €15m resettling refugees in Ireland. Last year 90 Syrians were resettled, while 100 refugees will be admitted in 2015, mostly from Syria.