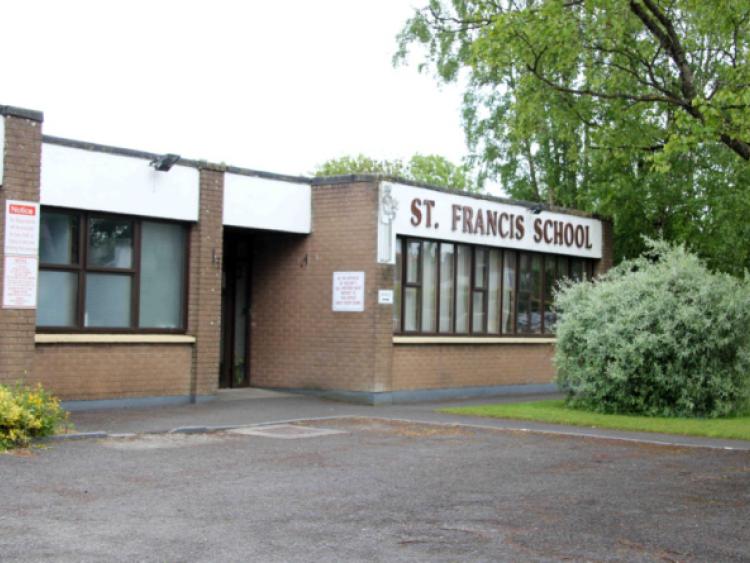 A new building might be some way off for the 100 children aged from 5 to 18 in St Francis’ School for learning disabilities in Portlaoise.

A new building might be some way off for the 100 children aged from 5 to 18 in St Francis’ School for learning disabilities in Portlaoise.

For over forty years pupils have attended the prefab type building on the Timahoe Road, with no therapy or sensory rooms and limited outdoor play space.

Poorly insulated concrete walls mean electric heaters are on the go even during summer to keep the cold at bay.

The school, which has Bishop of Kildare & Leighlin Denis Nulty as its patron, applied for money for insulation and extra rooms to the Dept of Education.

It was turned down, with the reason given to principal Marian Whyte because they would be getting a new school.

“The walls are cement and brick. The roof is flat. Of course we would like a new school. Before last year, the policy was to keep children with learning disabilities in mainstream schools but that seems to have changed” she told the Leinster Express.

The school will get prefabs until a new building is ready.

Meanwhile all seven mainstream primary schools in the town have bright new buildings or are poised to get them, all secured during the era of former Minister for Education Ruairi Quinn.

A lack of communication from St Francis board of management to parents who have repeatedly sought information, has caused frustration for parents, and led to last Tuesday’s meeting.

The room was packed with politicians and parents, along with the principal, who is secretary of the board of management, but did not speak at it.

However Ms Whyte and the chairman of the board Fr Paddy Byrne have joined a sub group to work together with parents on a new school.

Hopes are high with parents, however the site has not yet been agreed, while architect plans, traffic plans and costs must be drawn up and approved before work starts.

Some parents oppose the idea of moving to St Paul’s, saying they do not want a “secondhand” school, and are concerned about stairs and traffic, suggesting it be knocked to build a single storey school.

Time is also short to get department approval, with a new five year building programme starting in 2016, while a change of government in the general election next spring may also affect progress.