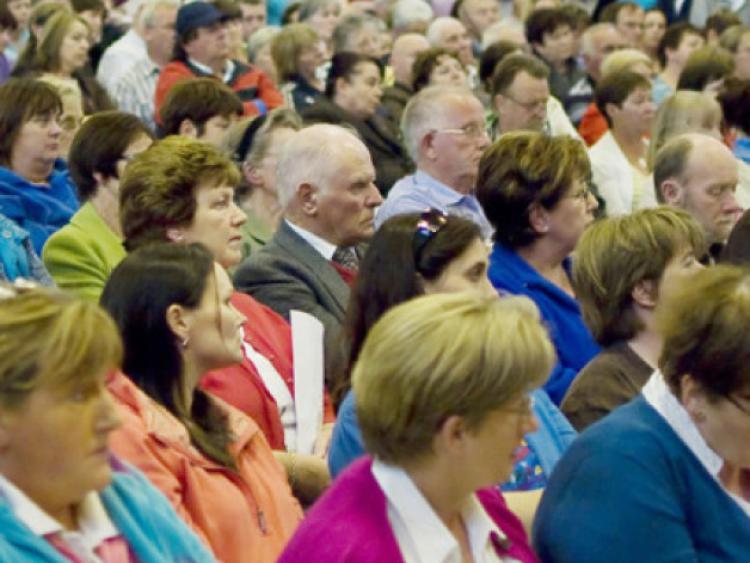 There has been an instant outcry from thousands of people on social media to the rumoured downgrading of facilities in Portlaoise Hospital.

There has been an instant outcry from thousands of people on social media to the rumoured downgrading of facilities in Portlaoise Hospital.

Within 48 hours, over 6,000 people had ‘liked’ a ‘Save Portlaoise A&E Service Department’ facebook page.

While over 2,000 people had signed a petition to keep the emergency department at the hospital open by Friday afternoon.

The Save Portlaoise Hospital Action Committee added a fourth public meeting scheduled to take place in two weeks time, which the chairperson said Minister for Foreign Affairs, Charlie Flanagan will be attending.

Chairperson of the Portlaoise Hospital Action Committee, Kathleen O’Brien said she wanted to speak to the Minister for Health Leo Varadkar first.

“I would prefer to speak to the Minister for Health and Minister Charlie Flanagan before we call a public meeting. We are not sitting under this. I want to try and get answers first and I hope we will have answers by then” she said.

Nicol Curry was one of many people to voiced her concerns about the rumours on the Facebook page.

“Its terrible! I live in Roscrea and if Portlaoise closes, and with Nenagh already closed if i were to call an ambulance it would bring me to Clonmel hospital which is nearly an hour and a half away.

“Or maybe the Regional in Limerick with would be 55 minutes.

“Might as well go to Dublin and God forbid if I was very bad i would probably be dead. Its disgraceful.”

While Jenny Mulhall from Barrowhouse was concerned about the extra travel time to hospital on top of the time it takes an ambulance to reach her.

“So, now we will wait 30 minutes for the ambulance, plus the hour to get to Tullamore.

“Get the ambulance service up to scratch before shutting down vital A&E services please!”