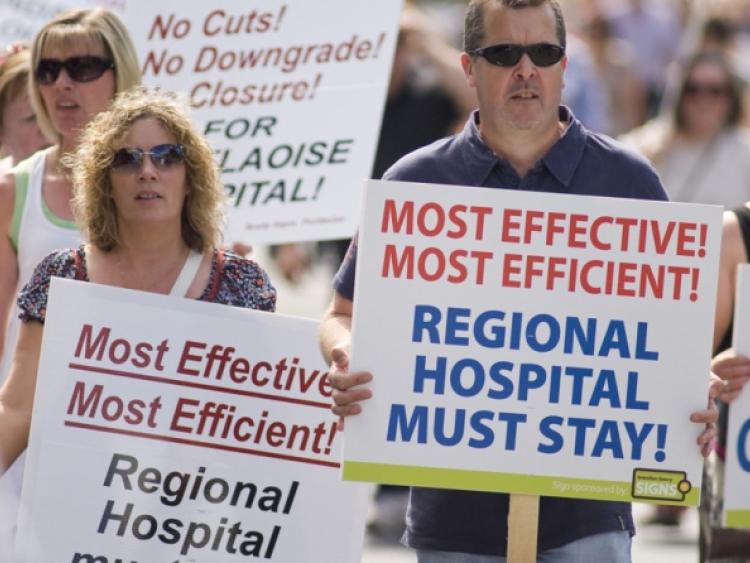 Hiqa have called for the support of the Health Minister to ensure improvements, as recommended in their report in patient safety and standards in Portlaoise Hospital.

Hiqa have called for the support of the Health Minister to ensure improvements, as recommended in their report in patient safety and standards in Portlaoise Hospital.

The chief executive of the Health Information and Quality Authority, Phelim Quinn said it was “vital that the necessary political commitment to their managed implementation in order to drive further improvements in the quality, safety and governance in our health services.”

The health watchdog chief was again critical of HSE managament at all levels.

“This investigation concludes that Portlaoise hospital was allowed to struggle on despite a number of substantial governance and management issues over the quality and safety of services. Sufficient action was not taken by the HSE at a national, regional or local level to address these issues,” he said.

Mr Quinn said there was still “significant deficits in the uptake and implementation of the recommendations” of their previous seven investigations into the hospital.

On the subject of accountability, Mr Quinnsaid it was not Hiqa’s role to identify individuals.

“There are accountability structures in place nationally and it is for those that hold the HSE to account to act in that regard,” he said

Mary Dunnion, deputy director of Hiqa, said there was “an urgent requirement for a maternity strategy to determine the type of maternity services being delivered in hospitals”

When asked by TDs if the maternity unit was safe, Ms Dunnion could not conclusively say it was.

“I do not think anybody can say that any hospital is safe, because risk is inherent in all clinical services.”

She reiterated that the majority of patients were safe in Portlaoise, but said that the concern arises where there are patients with risk.

She said these patients need to be transferred in the right time and manner to another hospital and that the agreement with the Coombe was essential to this.