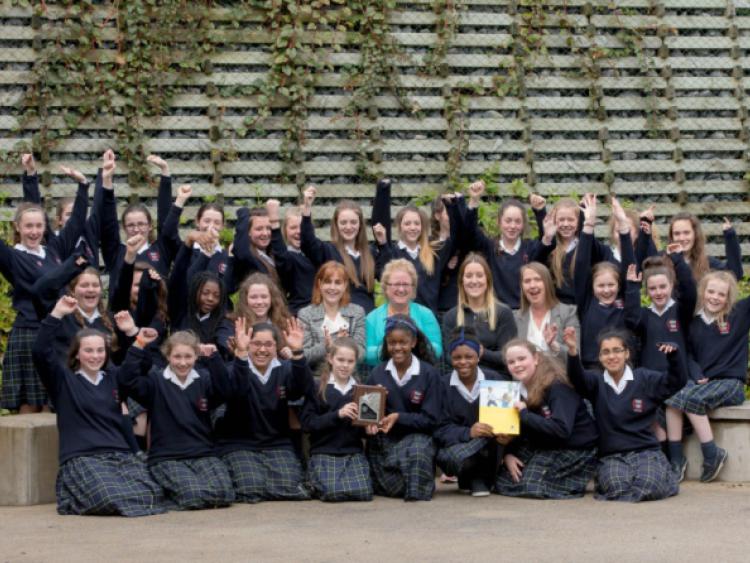 The national challenge measures the fitness of first to fourth year secondary school children across the country.

“We began last January with a beep test to measure how fast they could run. Then we began a six week internet fitness programme. They trained in class and at home. In PE we did running for the first half, and then gym work to improve their cardio,” she explained.

After every class, she conducted more ‘beep tests’, and noticed marked improvements.

“There was a massive difference. Some went from level 5 to 8 or 9. They are fit, but they worked really hard over the six weeks, constantly wanting to beat their own score. At the end of the class I read out the scores and that was very motivating. The four fastest got an extra bit of glory,” she said.

Ms Walsh was thrilled to win at the Aviva Stadium awards, attended by Minister for Tourism and Sport Michael Ring, and rugby star Robbie Henshaw.

“We were surprised, I am very proud of them,” she said.

She plans to continue the training methods.

“It is sustainable for any year to do,” she said.

Over the past three years, the challenge has found that Irhs boys are 53 percent fitter than girls, with overall teen fitness level worryingly low.

They were among more than 10,000 Irish students to complete the challenge, which is forming a new database of secondary school students’ fitness levels.

“These schools have demonstrated how simple it is to make large improvements to fitness over such a short period of time.” he said.