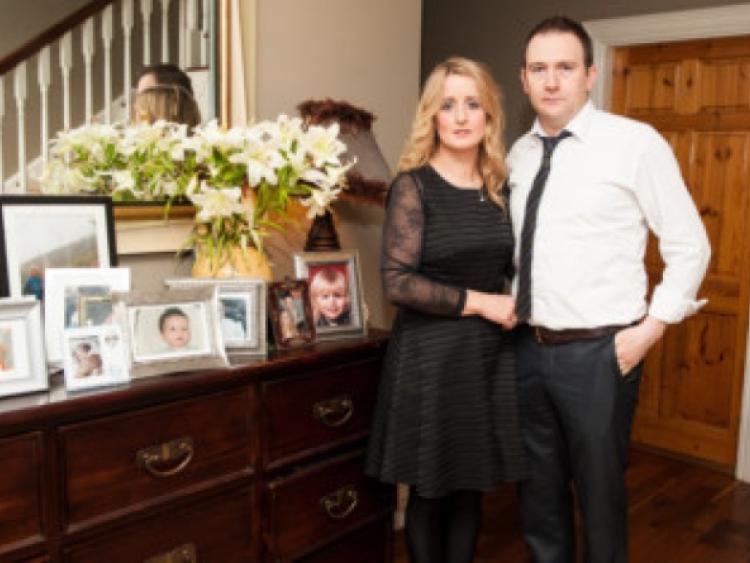 The mother of baby Mark Molloy who died at Portlaoise hospital’s maternity unit says she and her husband Mark are very satisfied with the Holohan report.

The mother of baby Mark Molloy who died at Portlaoise hospital’s maternity unit says she and her husband Mark are very satisfied with the Holohan report.

However, she added that they are still concerned that there is an over emphasis on staffing by the main nursing union.

“The fact that the INMO (the Irish Nurses and Midwives Organisation) are saying it is a staffing issue is a bit of an insult really. It’s concerning at this stage that they are still saying this when a report has been done which says it is an unsafe hospital – they are still trying to use staffing levels as a reason for the baby deaths,” she said.

Roisin accepted that staffing levels are down but she said the real issue was the “culture in Portlaoise hospital” and the fact that staff did not identify the need to investigate avoidable deaths”.

“Nobody was supervising and saying babies died in similar circumstances, what do we need to do. And if they listened, they did nothing with the information,” she said.

The report was exactly what the parents of babies who died at the hospital wanted. “We felt they had listened to all our concerns and they then backed it further up by their own investigation, and it only took three weeks to conclude,” she said.

Following the publication of the report, Roisin feels relief.

“I don’t feel the burden and responsibility of making sure that every mammy that goes into Portlaoise Hospital knows that there are questions they need to ask. The responsibility is back on the Department of Health and HIQA to ensure that the concerns we highlighted are addressed.

“When we were meant to be supporting them when they needed us most, we were fighting the HSE. Yes, there is a legacy that definitely will make things safer for other children but for us as a family, the cost of doing what we have done has been huge”.