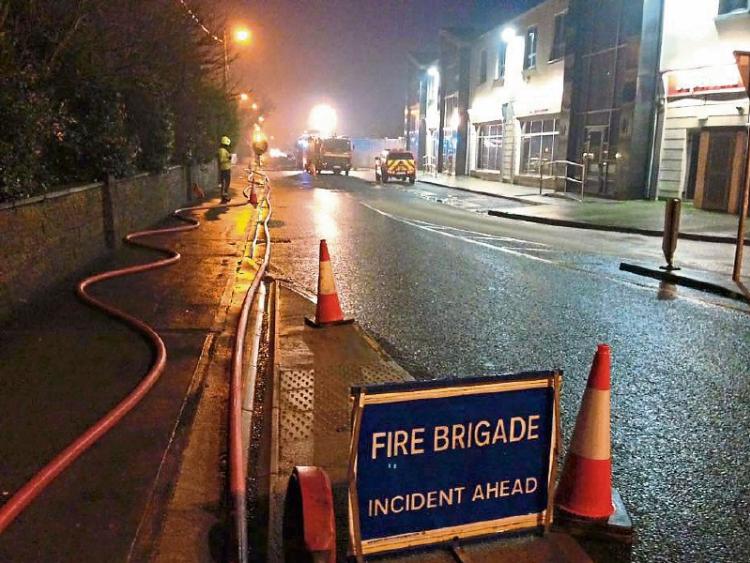 All of Mountmellick's sewerage network is overloaded with a mix of sewage and rainwater, with repeated overflows over Christmas.

Overflows began on the Davitt road on December 12 and hit again on Christmas day, Stephen's day and December 28.

The town has a combined sewer, which takes in surface water as well as sewage.

A resident of Davitt road who spent most of last week pumping waste away from his home, is angry that the system was not upgraded.

“A council report in 2004 found there was too many buildings on the system, and then it gave planning permission for more estates,” the resident said.

He is also angry that it was left to residents and fire crews to pump the sewage.

“I rang Irish Water and the council but had no response since Christmas. They knew this water was coming and everyone went on holidays. I can't praise the fire crews enough but we feel very badly let down. There should have been monitoring, we were left high and dry,” the homeowner said.

Laois County Council's Director of Services for water Michael O'Hora, said the fire service “works as a unit” with them, while Director Kieran Kehoe said the council “have attended the scene any time a request has been received”, including road crews and water services staff.

“It is very regrettable but these things happen, we have had six or seven weeks of constant rain caused by climate change. New areas are flooding. We are identifying problems and dealing with them,” Mr O'Hora said.

The council have since drawn up a plan to temporarlily divert surface water from Davitt Road, approved for funding by Irish Water, to start when floods recede.

“The problem is not just planning. The combined sewer is surcharged because of the heavy rain. Our roads section is laying surface water drainage sewers in Acragar which will ease the problem,” Mr O'Hora said.

An upgrade is “urgent”.

“All of Mountmellick is surcharged, and very overloaded. It's up to Irish Water to say when it will be funded but it is urgent,” he said.

Irish Water confirm that a contractor is approved to separate surface water from the sewer at Davitt road, along with the temporary solution.

“The proactive response ensured that no homes in this area have been flooded despite the very bad weather,” a spokesperson said.

“The problems at Davitt Road and Connolly Street and flooding at Manor Road are just the latest signs that the system is unable to cope with the town’s expansion. This could have been avoided. €12 million was announced in letters to residents in 2009 and not one red cent has been spent on the scheme,” he said, while noting that older houses in the town are not connected, and urging speed on the remedial works.