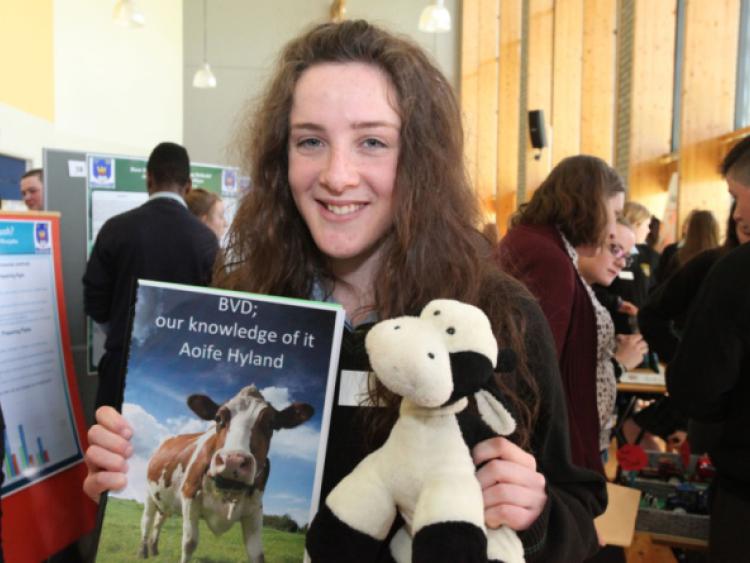 Luan won the EPI-STEM Maths in Science Award with his work ‘2048 is N-Complete’.

Clonaslee College sent several projects and were amongst the winners at SciFest at Athlone IT on 29 April.

Mary Conroy and Joe Redmond were winners of a Spectrum Signs Display Award for their project, “Live safe, live on a farm”.

The team of Aoife Dunne, Bronagh Conroy and Chloe Breen came third in the Oriflame Cosmetics Award with their project, “To create and test our own oil based cleanser for the face”.

The Athlone SciFest was the largest in the country. Competition was reported to be intense with 232 projects by 550 students from 25 schools vying for the more than 30 awards. Overall prize went to Longford student, Mark Lyons who examined the impact of the HSE’s General Medical Services scheme fee.

SciFest is a series of one-day science fairs for second-level students hosted locally in schools and at regional level in the Institutes of Technology.

it is designed to encourage interest in science, technology, engineering and maths , and offer a forum to display students’ scientific investigations, with an opportunity for national winners to participate in international fairs.