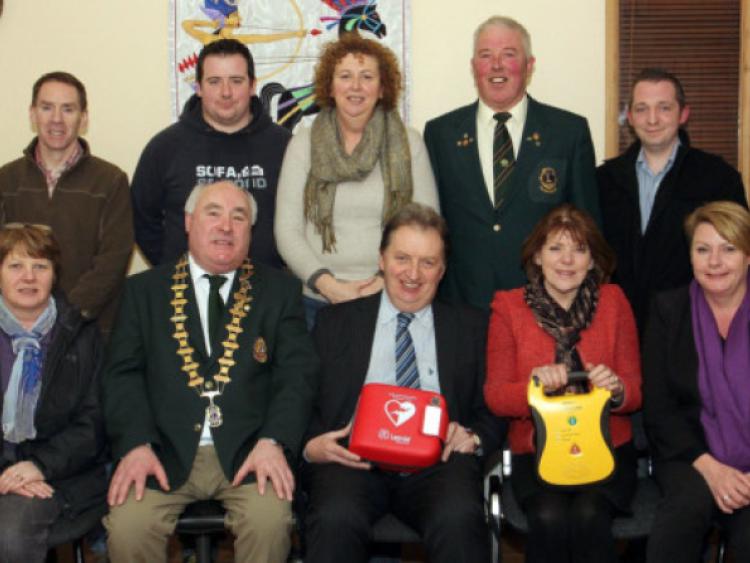 Portarlington First Responders, first to the scene at many 999 emergencies in the town, are putting out their own SOS for more volunteers.

Portarlington First Responders, first to the scene at many 999 emergencies in the town, are putting out their own SOS for more volunteers.

The group “went live” less than two years ago, and have proved an essential support to emergency services, often first to arrive on the scene to treat patients and reassure families.

“Many people don’t know we exist, thankfully for them,” noted chairperson Tom McGuinness.

They have three main aims.

“We maintain 24 hour cover, it’s not easy with only 25 members, as sometimes people are sick, working or not available, we need more members,” he said.

Their second aim was to install three defibrillators on the street, for the public to access in a cardiac emergency. That came to fruition last week, with a third unit gone up beside the Mace petrol station, at a cost of €2,000 met through donations and grants. The other two are in the square and outside the Hawthorne Pub.

The final aim is to train the local community in CPR.

“Even if they don’t want to be volunteers, with basic training they are more likely to help in an emergency. We want to go to every club and train as many people as possible, and we are not stopping at adults. After Christmas we are going to primary schools to teach 6th classes,” he said.

They have produced a booklet to explain how their group works, for other towns.

Volunteers are trained to treat cardiac arrests, strokes, chest pain and choking, and must live within 6km of Port.

“To us, and hopefully the community, the service is essential Our average response time is 4 minutes. At bestan ambulance is 15 minutes away. for a cardiac arrest, that can mean death,” he said.