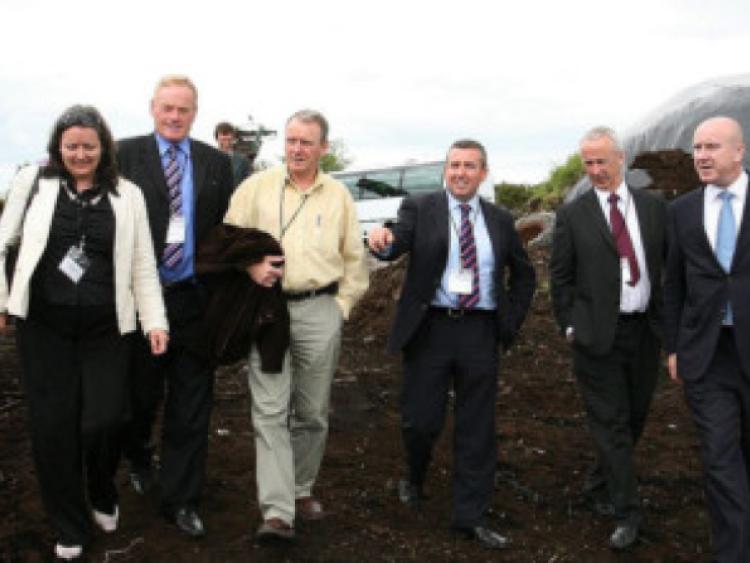 More than two years after the first site walk on Garryhinch Bog, Bord na Móna claim they are now ready to make their planning application for a new reservoir at the site.

More than two years after the first site walk on Garryhinch Bog, Bord na Móna claim they are now ready to make their planning application for a new reservoir at the site.

In July 2001, member of the Environment Oireachtas Committee visited the site along with officials from Bord na Mona.

At the time, they said an Environmental Impact Assessment would commence in 2011 with planning application to be lodged in mid-2012 for the water supply projet which would supply water to the Dublin Region.

Recently, Bord na Móna chief executive, Gabriel D’Arcy said the company was “good to go to submit planning permission for the reservoir itself which is situtated on lands owned by them.

Bord na Móna also envisages that the site will not only be a reservoir by also a tourism facility for water sports, an eco park and a wind farm.

Plans to ease the pressure on Dublin’s water supply have been in the offing since 1996, but Bord na Móna’s preferred option involves bringing water from Lough Derg in Tipperary to the bog at Garryhinch, and supplying it as required to its market.

The project, which will cost almost €500 million has the potential to create 1,000 construction jobs over three years and could employ up to 150 people once the leisure facilities are opened to the public.

However, the project is likely to be opposed to the the Shannon Protection Alliance who threatened to mount a campaign to stop water being piped from the river Garryhinch. They claim there is no valid reason to take water from the Shannon.

The reservoir plan will be taken over by the newly formed Irish Water next year, which will co-ordinate the submission of a planning permission.

Speaking in the Seanad recently, Senator John Whelan urged the government to “expedite the construction of the Garryhinch reservoir because time is of the essence and because it would be an absolute absurdity to allow this country to run out of water.