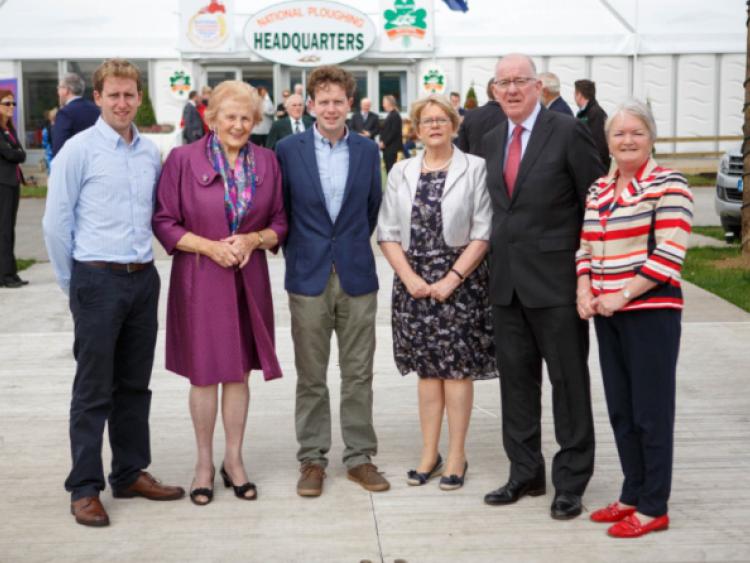 The trackways are laid and marquees are springing up as the greatest show in Ireland returns for the third year in a row, to Ratheniska in Laois.

The trackways are laid and marquees are springing up as the greatest show in Ireland returns for the third year in a row, to Ratheniska in Laois.

The 84th National Ploughing Championships will be officialy launched by President of Ireland Michael D Higgins, at noon on Tuesday, September 22, for three days of packed out action.

There is a staggering 1500 plus trade stands this year, on the south Laois site now taking in 800 acres, centred on the Carter family’s farm.

Managing Director Anna May McHugh summed up the size, speaking at the event launch last week on site.

“If you gave less than two minutes to each one, it would take you almost seven days, not to mention the 367 competitors in the ploughing competitions, which is what this association was built on,” said the MD, who lives five miles from the site.

The event has grown from a simple ploughing competition to a pop-up city of activity.

Every business, bank, broadcaster, political party, religion and supermarket, as well as motor, tractor and machine brand will be plying their wares, with a conservative estimate of €36.5 million of business to be done.

Minister for Foreign Affairs Charlie Flanagan, special guest at the launch, recalling childhood memories on his grandparents’ farm in Sleaty.

“I don’t think it would have been possible for me to have been elected as a TD in the constituency of Laois without having that knowledge of farming, it is part of the economy of Laois,” he said, adding that he would “never miss a ploughing”.

A twelve strong team are ready to plough for Laois in the daily competitions, while livestock shows, sheep shearing, sheepdog trials, a hunt chase, pony shows and the latest in farming and motoring technology, offer lots for both urban and rural visitors.

Fashion will again play a large role, with shows three times a day and big prizes for the ‘most appropriately dressed’ lady and gent.

Live music is on the bandstand all day, while the Laois pavillion will feature local music, businesses, third level, tourism and a playground.

Gardaí urge visitors not to arrive until 11am, when queues will have eased.