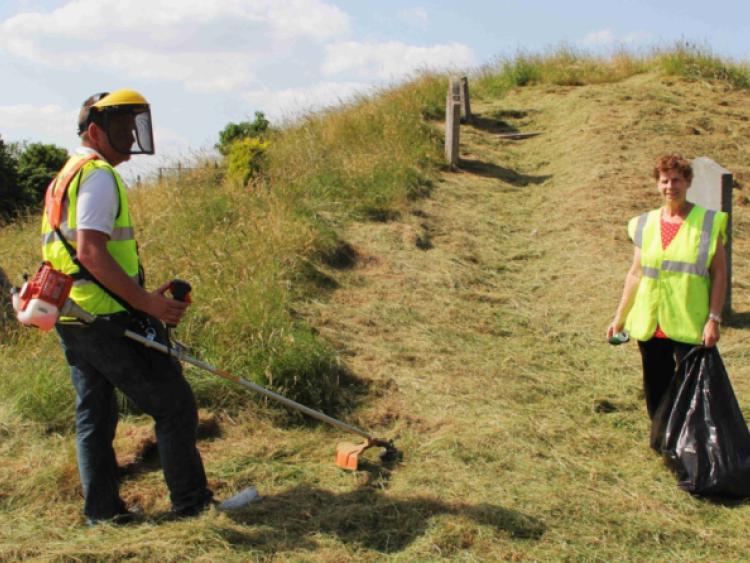 There was delight all round at this year’s Tidy Town’s awards as Portlaoise and Abbeyleix hung on to their silver medal positions.

There was delight all round at this year’s Tidy Town’s awards as Portlaoise and Abbeyleix hung on to their silver medal positions.

There was also a bronze award for Ballacolla who are the second tidiest town in Laois behind Castletown.

There was also an award for Camross, who were the most improved town in Laois. They receive a cash prize of €500 for the 6.7% improvement in their marks, which brought them to 220.

A delighted Cllr John Joe Fennelly, who is chairperson of the Abbeyleix Tidy Towns Committee said they were aiming to win a gold medal in the next two years.

“We are delighted with our marks and we held on to our silver medal which was our aim.

“We’re just driving home now and planning different ways we could get a few extra marks,” he said.

“We will take the positive comments from the report and build on them for next year.

The Tidy Towns chair continued: “We are improving every year, and we are doing extra bits to try and catch Castletown. We want to win gold within the next two years .”

Cllr Fennelly thanked everyone who had helped out over the last year and said they would be soon recruiting for next year.

“We’re absolutely delighted, it’s three silver medals in a row for us,” she said.

“The volunteers put in great work and we are thrilled to maintain that medal, it’s so hard to do. We will be celebrating later this evening.”

Speaking from the Helix, Cllr O’Brien continued: “All the groups work together, and we had great support from the Town Council, County Council and the local businesses this year.

“This is a great feat for Portlaoise,” she said.

Laois County Council commended each committee for their volunteer effort.

“The Council and the Environment Staff in particular are very proud of the performance of the groups at local and national level and look forward to continued working in partnership with them to build on their success,” said County Manager, Peter Carey.