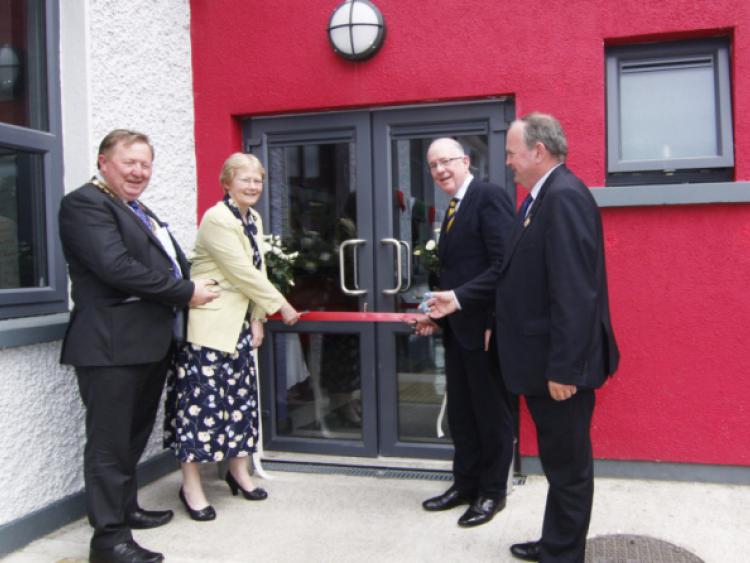 The dramatic population increase in Laois has put a lot of pressure on schools and other local services and infrastructure, according to Minister for Children and Youth Affairs Charlie Flanagan.

The dramatic population increase in Laois has put a lot of pressure on schools and other local services and infrastructure, according to Minister for Children and Youth Affairs Charlie Flanagan.

In his speech at the opening of Scoil Bhríde in Rathdowney last Friday, June 13, the Minister also insisted that the Government has acted on the effect of the ‘huge population’ growth.

In what was his first speech in Laois as a Government Minister, Mr Flanagan said he has emphasised the need for capital investment in schools in County Laois.

“Our county has seen a population rise of 20% in the period 2006-2011 and this has naturally put a great deal of pressure on infrastructure,” he said.

“Portlaoise, which has seen its population rise by a monumental 33% will see seven new primary schools open during this Government’s term in office and that building programme is progressing steadily along with projects throughout the county.

“To my mind, the issue of the huge population rise in County Laois in recent years is significant for two reasons. I’ve already mentioned that it creates the need for improved infrastructure and facilities, but it also brings a new dimension to the central role of the local school in the community,” he said.

The Minister said a new school for Rathdowney has been a key priority. He said the long wait has finally come to fruition.

“It helps to be patient and to never give up when working towards a particular goal,” said the Minister.

He said he had worked with Mr Gunnell, the board of management, and met many parents to ensure that a new school was built.