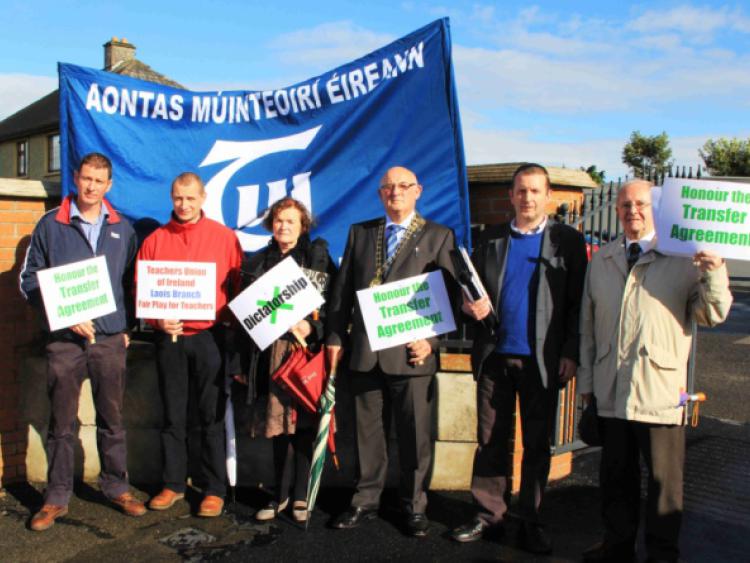 He is set to become president on July 1. This is the first time that a Laois branch member has become national president of the 14,000 member union.

He has been active in the union for most of his time there, and has been the union vice president for the past two years.

Gerry is taking on this position at a time of change for teachers across the country, but told the Leinster Express that he is looking forward to the opportunity.

“At the moment I am concerned with the deprofessionalism of teaching, teachers are not as empowered as they once were. There is an excessive amount of inspections, bureaucracy and paperwork.”

Gerry said that another issue high on the agenda is the “casualisation” of teaching.

“Now 30% of TUI members don’t have a permanent job and they don’t have full hours. The status of the job has been eroded and that has to stop.”

Gerry is also hoping that the TUI will create links with the ASTI.

Of course there are a number of other issues that the incoming president will be looking at closely, including schools based assessment for the junior cert cycle, the impact of Solas on further education, and working conditions for younger and newly qualified teachers.

“I will be travelling all over the country from Donegal to Kerry. It is very interesting work, the TUI is diverse, but most of our members are second level teachers.”