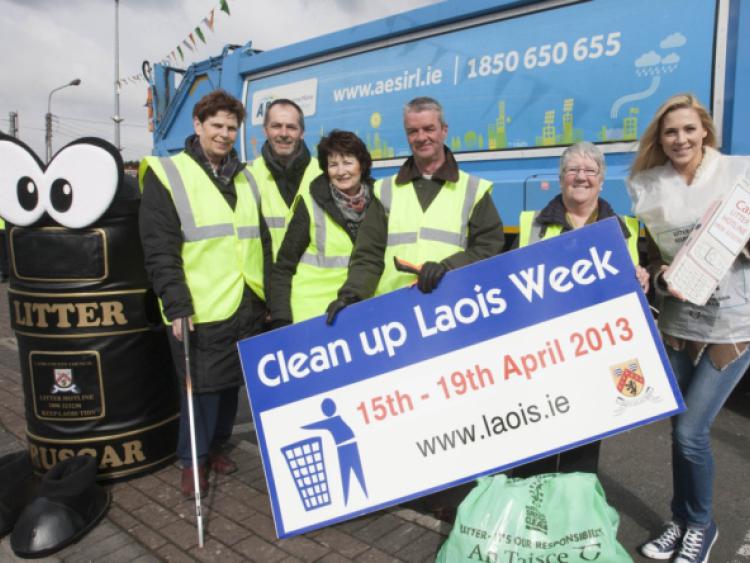 Tidy towns groups from Laois are dreaming of sucess after being invited to the annual Tidy Towns awards ceremony.

Tidy towns groups from Laois are dreaming of sucess after being invited to the annual Tidy Towns awards ceremony.

An invitation is usually good news, a sign that the group have won an award, but the exact nature of the invitation for Portlaoise and Abbeyleix will only become clear in Dublin, on Monday September 9.

“We are invited and it’s a good sign, but we won’t know what we’ve won until the day,” explained Abbeyleix Tidy Towns committee member, Mary White.

“Last year we won the overall Sustainable Development Award in the country. So what meagre resources we have was spent on trees and planted perinneal herbs and pollinators, instead of flowers that would only last a few months.”

“Judging is like the third secret of Fatima. You never know when they will be arriving so you’re not ready to pounce on them.”

Each committee receives four tickets for the awards ceremony, which Mary says are like gold dust.

Portlaoise are also looking forward to attending the ceremony.

“There is a great excitement waiting for the overall winner to be announced but it’s great to hear your own town called out to,” said committee member, Kathleen O’Brien.

“It makes it all worthwhile. Any award is job satisfaction for the volunteers and those who support or sponsor us.”

She added: “We got silver the last two years so we’re hoping to get something again, a lot of hard work goes in.”