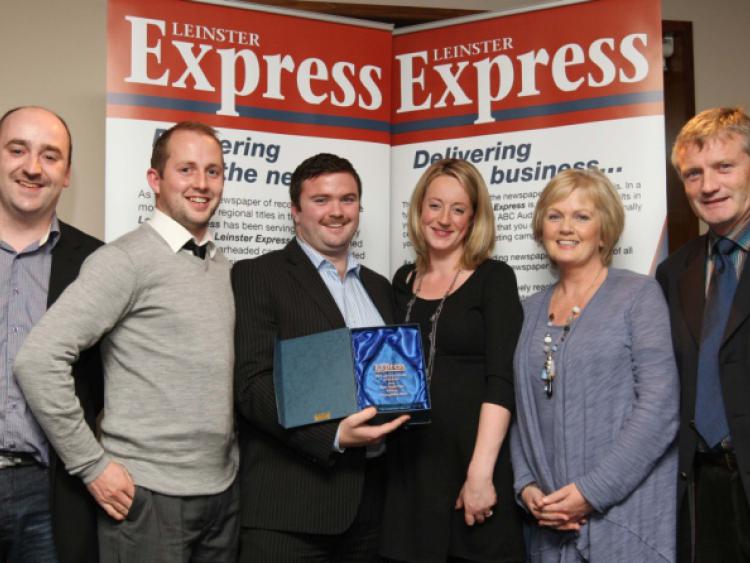 There was shock and sadness in Portlaoise last weekend at the untimely death of Liz O’Loughlin, wife of Declan O’Loughlin, O’Loughlin’s Hotel.

There was shock and sadness in Portlaoise last weekend at the untimely death of Liz O’Loughlin, wife of Declan O’Loughlin, O’Loughlin’s Hotel.

Mrs O’Loughlin passed away suddenly last Saturday evening January 18, after she became ill and was admitted to Portlaoise Hospital. She was in her mid fifties.

Originally a Coyne, she came from a large family from Rhode in Offaly.

She met her future husband when they were students at St Mary’s College, Mountmellick, and were together ever since.

A secondary school language teacher for many years, Mrs O’Loughlin turned to the hotel trade with Declan in 1996.

Over the past 16 years they built up a loyal customer base, while supporting Portlaoise and Laois GAA clubs. Declan was a selector for the Laois senior footballers during the Mick O’Dwyer era.

In recent years when their son Ivor took on a managerial role, Liz returned to her first career, teaching Irish in Presentation De La Salle, Bagnalstown in Carlow.

Her brother-in-law Larry O’Loughlin says she was “a top class teacher”.

“She had great interpersonal skills, a great ability to connect and empathise with people, she had a huge interest in her pupils,” he said.

He remembers her great love of the arts.

“This was reflected in the hotel, in the collections of old books. She was greatly interested in Seamus Heaney’s poetry, old Irish writings, and theatre and opera,” he said.

Liz was mother to Ivor, Billy, Kate and Niamh Coyne, and doting grandmother to Elsa. She is also mourned by her brothers and sisters, Declan’s mother Sarah, her daughter-in-law Marie, extended family and friends, and colleagues and pupils of Presentation De La Salle.

Her remains are reposing at the family home, The Old Rectory in Ballickmoyler.

OnWednesday morning January 22, Funeral Mass will be celebrated at the Cathedral of the Assumption, Carlow at 11am, followed by private cremation.