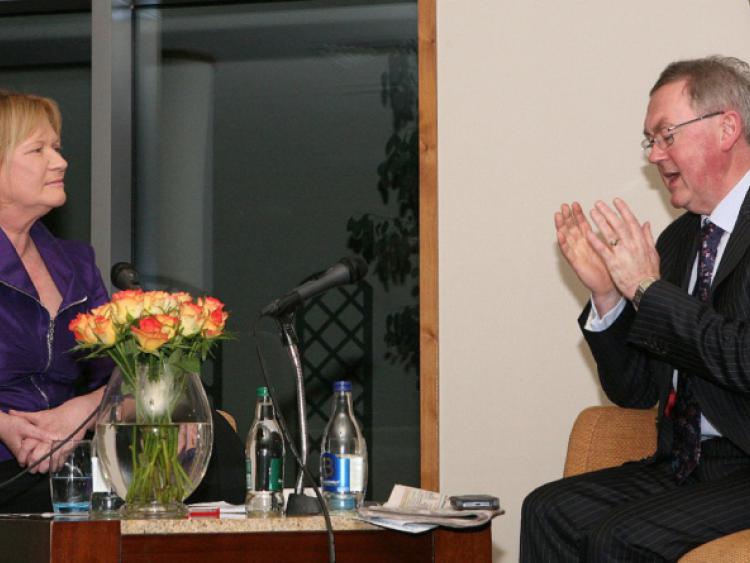 The RTÉ broadcaster who asked the €50 million question last week says the story came about by chance.

The RTÉ broadcaster who asked the €50 million question last week says the story came about by chance.

‘What kind of money are you spending on consultants?’ was the question Mr Sean O’Rourke put to John Tierney, Chief Executive of Irish Water, on his show Today with Sean O’Rourke on RTÉ Radio 1 last week.

The €50 million answer led to the discovery that €180 million had been set aside on the “establishment” of the Irish Water. A substantial amount being spent on consultants.

In an interview with Eileen Dunne at the Laois Hospice Foundation’s Annual Meeting, Mr O’Rourke spoke about the interview.

“I fell over the Irish Water thing. It literally fell into my lap. We’ve been dining out of that for the last few days!”

Ms Dunne mentioned the fact that his name was everywhere lately, “in all kinds of places”, following both this and other revelations about the Chief Executive of the Central Remedial Clinic.

Mr O’Rourke provided much entertainment at the meeting, speaking about his Laois roots, his Galway upbringing, and his RTÉ career.

“Ratheniska is the defining point of our whole family history and formation”, he said.