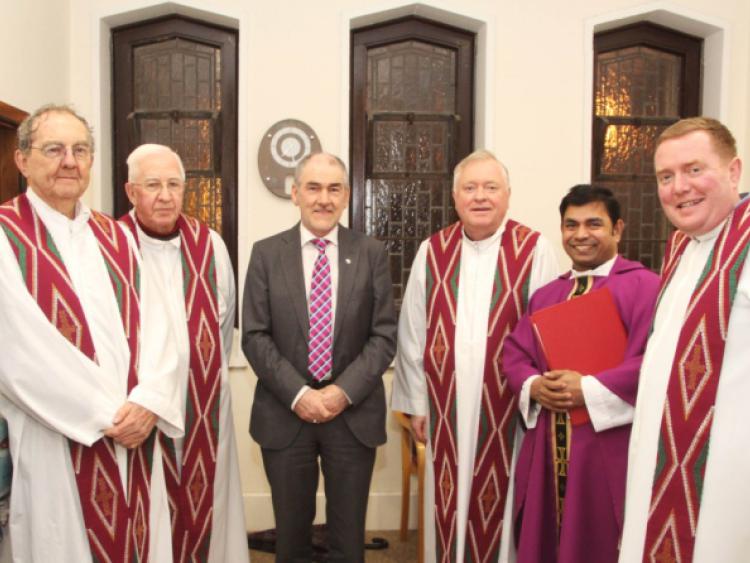 Mickey Harte and his family received thousands of prayers received after the death of his daughter, which has allowed his family to continue with their lives.

Mickey Harte and his family received thousands of prayers received after the death of his daughter, which has allowed his family to continue with their lives.

Speaking to a packed-out Portlaoise Parish Novena, the Tyrone All-Ireland winning football manager extolled the power of prayer in helping him to live with the loss of his daughter Michaela.

“There is such a value in prayer and I can speak from the heart. I am totally convinced how we are fit to continue on with our lives since Michaela is simply through the power of prayer that has been coming to us in so many ways in thousand of letters and cards, literally thousands. I always say that everybody deserves that kind of support,” he said. Mr Harte said his daughter, who was murdered on honeymoon in Mauritius, remains part of his family.

“We have four grown up children three boys, Mark, Michael and Matthew and one girl Michaela. I still believe that Michaela is in a different domain than the rest of us. I have to learn to accept that and I have to believe what she described herself as God’s bigger plan.

“It is sometimes difficult to appreciate and make sense of, but that is part of what is being human is. Human beings cannot fathom what goes on in the divine plan so we have to hand it over to God,” he said.

“It is learning to live it in the new place and the only way I believe you can do that is through the presence of God in life. It doesn’t make it easy, it makes it possible,” he said.

Mr Harte spoke about his Catholic upbringing in a home that had more than holy pictures and crucifixes.

“There was an atmosphere of giving, caring, sharing, respect for every individual,” he said.

He urged people to build a relationship with God and work on their faith. He said, people need to be role models the best of whom are in people’s community. He said people could look to the past.

“I believe we need to turn to the values of the 1950s and 60s where people did look out for each other...That is the ethos of the GAA about,” said the Tyrone man who received a standing ovation.