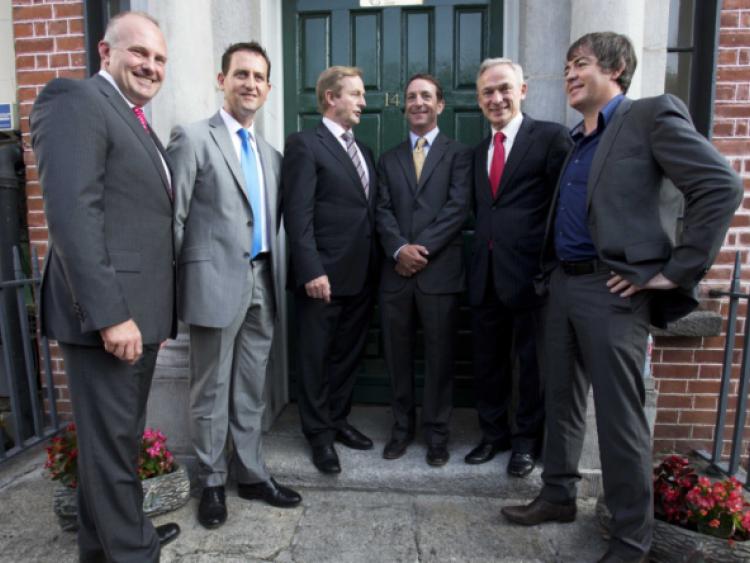 Fifty new jobs for Portarlington, announced in a fanfare of publicity by Taoiseach Enda Kenny last July, have been lost to Mallow in Cork.

Fifty new jobs for Portarlington, announced in a fanfare of publicity by Taoiseach Enda Kenny last July, have been lost to Mallow in Cork.

Magni declined to speak to the Leinster Express, but the CEO of Connect Ireland, Michael McLoughlin has confirmed that the company have bought an empty unit in Mallow, close to an expanding IDA backed business they already own there, Magh Nala Limited, to meet urgent customer demand for their product.

Meanwhile several large empty factory units sit in Portarlington, another IDA factory is empty in Portlaoise, and the IDA are currently building another in Athlone.

IDA’s head of business for this region, Breda O’Toole, said Magni was “a connect Ireland client, not the IDA’s”.

Last October Magni applied to Offaly County Council to build their factory in Botley Lane Industrial Park in Port, and were granted permission in February, with conditions.

They appealed several “onerous” conditions to An Bord Pleanála, including a development levy of €51,000, the lack of a 20 percent discount, and the level of discretion given to Irish Water for water charges, since withdrawing the appeal.

CEO of Connect Ireland Michael McLoughlin denied that the delays were to blame for Magni opting elsewhere.

“Even if everything had gone smoothly, the customer pressure would still have been there. Magni were hit with customer demand, and we found ourselves back in a fight, competing with a pre-existing facility in the Czech republic. Thankfully they stuck with their decision to come to Ireland,” he said.

He understands the disappointment felt in Port.

“The company will share in that disappointment. We had a very positive experience dealing with the people of Port and we will continue to do what we can. I would urge people to use their contacts at home and abroad,” he said.

Connect Ireland, established two years ago, encourages individuals and groups, “connectors”, to pass on contacts in foreign companies in expansion. They then assist the companies to set up in Ireland, with an award for the “connector” of €1,500 per job.

Port man Kieran Leavy had introduced Magni to his town, and will receive a €75,000 reward for the 50 jobs, in his role as a ‘connector”.

“The managing director Ted Berry did his utmost to come here, he left no stone unturned. Everyone is disappointed but it was beyond my control. We did our best for Port, but the jobs are still coming to Ireland,” he said.

“The money is irrelevent to me. I am only disappointed the jobs are not coming to Port,” he added.

Last July Taoiseach Enda Kenny said the jobs were “an expression of confidence by companies in what they know they will have available to them in these locations”.