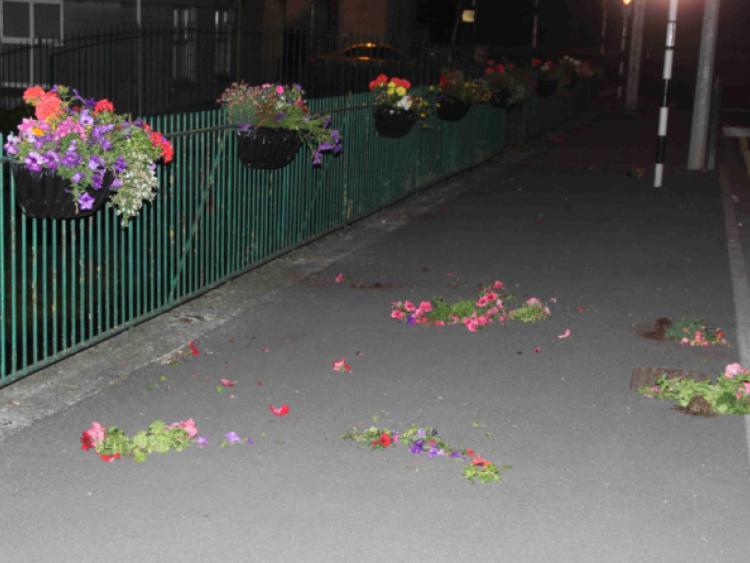 Baskets of flowers along James Fintan Lalor Avenue were damaged by vandals on Thursday night.

Baskets of flowers along James Fintan Lalor Avenue were damaged by vandals on Thursday night.

The damage is a blow to the Tidy Towns Committees, as judging is taking place around the country for the annual competition.

“It was sheer vandalism, the flowers were just pulled out of the baskets and threw on the ground,” Chairperson of Portlaoise Tidy Towns, Kathleen O’Brien said.

“I had watered them on Wednesday night, and I only finished up around 11.15pm. We think it must have happened between 10pm Thursday night and 7am the following morning.”

The Tidy Towns committee reported the vandalism to the guards, who will be examining CCTV in the area.

The guards were also called to a fire in the car lane, beside the Ridge Road burial ground on Sunday morning.

“We were lucky the fire brigade were able to respond so quickly otherwise it would have been a very serious situation as it was quickly spreading and there are a lot of house nearby,” Kathleen said.

“I hope to get a group of volunteers to cut the grass down and hopefully there will be less of a threat then.”