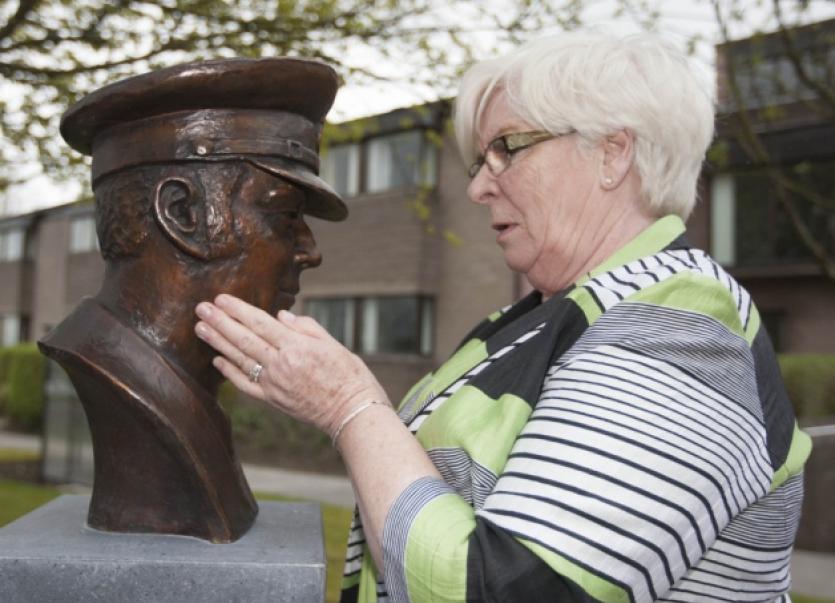 Thirty years since he was fatally shot by an unknown gunman, the ‘ultimate sacrifice’ made by Brian Stack, Chief Prison Officer of Portlaoise Prison, has been recognised by the government.

Thirty years since he was fatally shot by an unknown gunman, the ‘ultimate sacrifice’ made by Brian Stack, Chief Prison Officer of Portlaoise Prison, has been recognised by the government.

Last Friday May 3, in the training centre of Midlands Prison Campus, renamed Brian Stack House, Minister for Justice Alan Shatter planted a tree in memory of the Portlaoise man and other deceased staff, and unveiled a bronze bust.

Minister Shatter said he was aware that loss continued to be acutely felt by the family.

“Brian served during some of the most difficult years of the troubles, with great distinction,” he said, paying tribute to all staff who had “made the ultimate sacrifice in service of the state”.

The day was attended by Brian Stack’s sisters and brother, his wife Sheila, sons Austin, Kieran and Oliver, and the grandchildren he never knew.

Local dignitaries, politicians and friends also attended, including Dick Sydes from Portlaoise GAA and Joe Ging from the boxing club.

Fr Sinnott said the day was one of celebration and recognition of the honour and courage shown by Brian Stack.

“That dedication continues in prison officers today. I am continually inspired by the level of commitment these people bring to carrying out their duty,” he said.

Kieran Stack paid tribute to his mother Sheila, who was left a young widow in 1984.

“In the last thirty years she has shown great dignity and strength, dealing with her grief and raising us. Today in some way goes to recognise that, and shows that our dad’s sacrifice is not forgotten,” he said to applause.

Austin Stack said it was a proud day for the family.

“We have waited thirty years for this day. My dad was a fierce individual, but he led by example, he never asked someone to do something he was not prepared to do himself. He made a lot of time for his family, there was never a problem that couldn’t be solved, and we all benefitted from his wisdom. Today is about celebrating one man’s determination to do his duty,” he said, thanking all who had arranged the event.

“Brian Stack was essentially murdered by armed criminals who purported to be something else and our thoughts then and now are with his wife and children who had to shoulder such a terrible loss back in 1984,” he said.