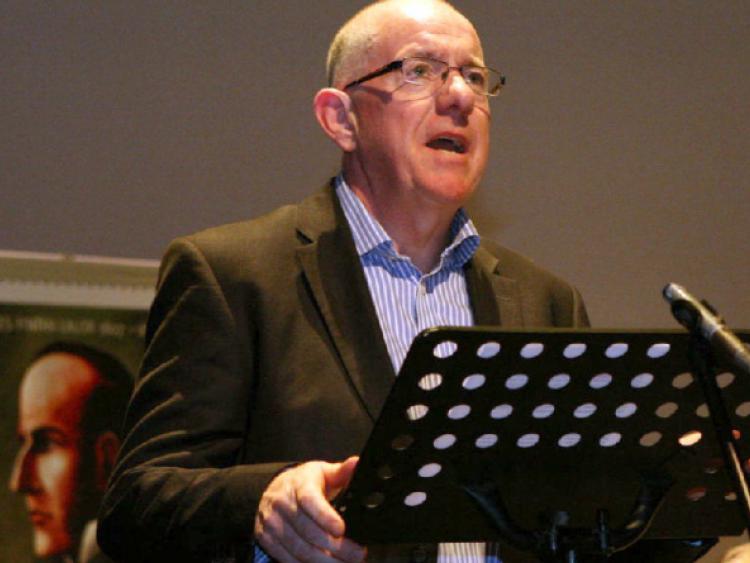 In his address to the James Fintan Lalor School at the weekend, Deputy Charles Flangan advocated an acceleration of politial and consitutional reform. This is the full text of his speech.

In his address to the James Fintan Lalor School at the weekend, Deputy Charles Flangan advocated an acceleration of politial and consitutional reform. This is the full text of his speech.

The management of our economic the crisis of the last few years now poses a major question of Lalor’s green wreath for Irish society.

This Question is threefold economically, socially and politically. JFL addressed this issue in 1848 and opined that written Constitutions and statutory laws were mere paper and parchment and of No value without what he described as a ‘ social constitution.’

When trust and confidence are undermined they are very hard to restore. The relationship between government and people must be based on trust and confidence. The personal trust that exists between politician and constituent remains at the core of the system. I am elected to parliament by the people of Laois and albeit with a wider suffrage than ‘Honest Pat’ Lalor, first Catholic MP for Queens in the 1840s, the bond of trust remains at the core.

People place trust in me to carry out my job effectively and in their best interests. They judge me regularly at the polls. But There is something of a contradiction in that collectively politicians are distrusted yet individually the local TD is not only trusted and respected but actually liked. The restoration of collective trust is the greatest challenge facing Ireland and its people. There is a lethal mixture of apathy and cynicism which unless addressed will delay recovery and inflict lasting damage on our system of governance.

Currently we are embarking on a profound programme of reform and renewal at all levels of Irish society. While This renewal programme must be led by the political class but not exclusive to the political classes. We as politicians must change the way we do our business in the same way that JFL felt the ruling classes of the 1840s must change. In JFls case he advocated agrarian uprising and ultimately violence, thinly disguised as ‘moral insurrection’.

In my case I advocate political and Constitutional reform at an accelerated pace now that the painful effects of socalled austerity budgets result in economic growth. In this regard the current debate around the Seanad must not be seen as a stand alone reform.

Explicit in the writings of JFL is a form of Active citizenship which needs to move up our agenda to develop and foster a culture of trust. People need to identify bad practice and stop it in its tracks. just as in Lalors time we need tools for countering deception, wrongdoing and malpractice and mechanisms that allow us foster a culture of trust. We must think differently about truth and perception. We politicians must practice the tactics of straight talking and authenticity. Election promises tell people what we think we want them to hear.

As citizens of a Republic with rights and responsibilities we all have a duty to take our responsibility seriously. That responsibility includes being active participants in our community and wider society. To quote Plato “We are not made for ourselves alone. Our family, our community, our country all have a claim on our birth” One such example of this active citizenship is the recently inaugurated constitutional convention

As we officially leave recession and ready ourselves to remove the shackles of the bailout conditions which may well be compared to Lalors landlords we should be more confident about our future. We should face that future with an open, but always questioning mind. We can be confident that hard work, persistence and determination will see us through our present difficulties.

The positive face of Ireland is attractive. Our own current difficulties weigh heavily on our mind and rightly so. We made catastrophic mistakes and glaring omissions. Still, even if real incomes in Ireland return to their 2000 levels this would still represent an enormous improvement compared to the 1970s when Ireland joined the EU as by far its poorest member. And casting our eyes back further to reflect on the Ireland of James Fintan Lalor we appreciate the benefits of a stable and secure country overcoming the challenge with vigour and confidence and a rigid determination.

As we approach the centenary of Irish independence, the challenge while fundamentally different to that of JFL poses the same question ‘Who wins a wreath that will be green forever.