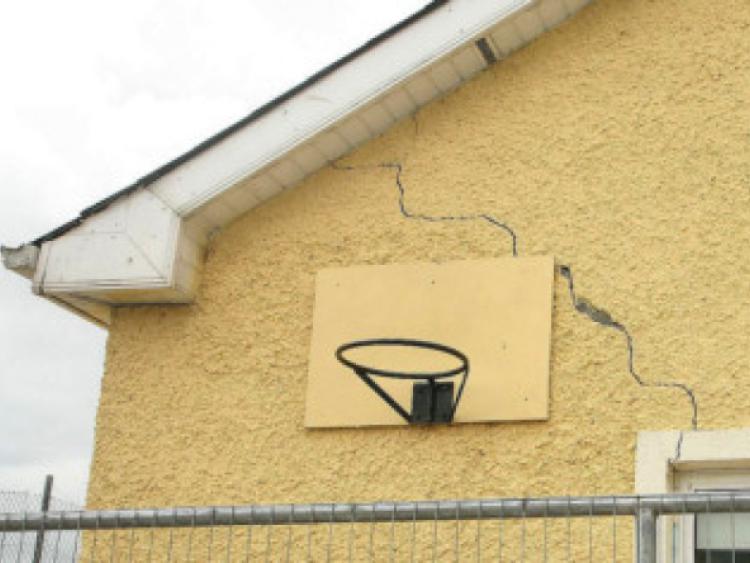 News on a site for a new school for St Patrick’s BNS is expected early in the new year, with construction to start in 2015 or 2016.

News on a site for a new school for St Patrick’s BNS is expected early in the new year, with construction to start in 2015 or 2016.

Principal Pat Galvin is hoping for an announcement on a site “within a month or two”.

“It is progressing slowly but it is getting there. I hope there will be an announcement in the near future on a site,” he said, adding that two locations were under consideration by the parish.

“I can’t tell where they are, that is privileged information. Hopefully within a month or two we will get news, and then it will be all systems go,” said the principal.

In 2011 two out of four extra classrooms built a decade before were condemned and closed off, due to sinking foundations causing huge cracks in the walls.

The school had no option but to begin using classrooms in the nearby old Presentation Primary girls school building, vacated in 2009 when the girls moved to their new school.

At that time, St Patrick’s had 320 pupils, predicted to be 500 by 2018. Mr Galvin hoped they would be fast tracked to get a large new school on a greenfield site.

Three year on, there are now 360 pupils, but the use of the girls’ school has alleviated pressure says Mr Galvin.

“We have four classes and a learning support class there now. It has been fully modernised with a new heating system, interactive whiteboards, and PE facilities, so the kids are fine, they have all they need,” said the principal.

However he is effectively running between both schools on Patrick Street.

“It is not ideal, it is hard on myself, keeping communication with all the staff,” he said.

According to a local source the favoured site is on Canal road, across from the derelict Avon factory. Owned separately, both are in the hands of the National Asset Management Agency (Nama).

It is understood that the school site must be declared free of any ground contamination from the factory, before a sale can be agreed.

The school is scheduled to go to construction stage next year according to the Department of Education.

”A building project for St Patrick’s Boys NS is included in the 5 Year Construction Plan announced in March 2012, scheduled to proceed to construction in 2015/16,”

They are awaiting a site from the school’s patron.

“The department will then be in a position to determine the delivery mechanism and progress the project through the architectural planning process,” a spokesperson stated.