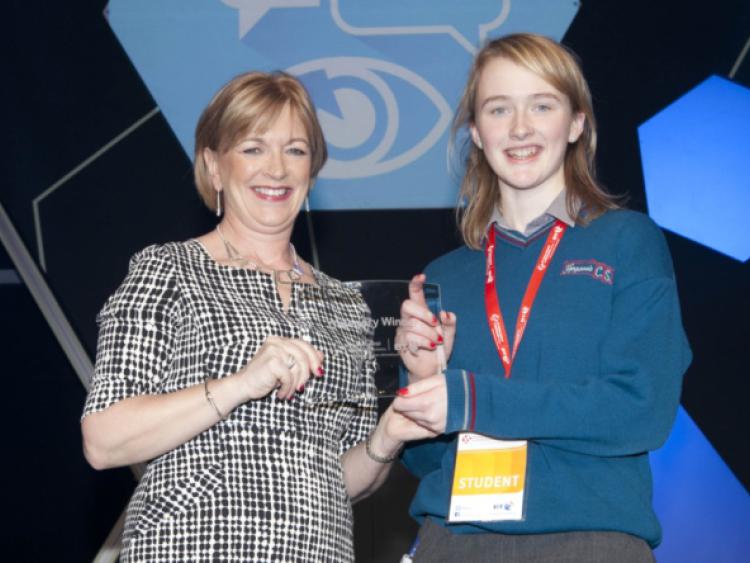 Despite the success of one Heywood student, Laois secondary schools managed just three entries into this year’s BT Young Scientist Exhibition, lower than counties such as Offaly, Roscommon and Leitrim.

Despite the success of one Heywood student, Laois secondary schools managed just three entries into this year’s BT Young Scientist Exhibition, lower than counties such as Offaly, Roscommon and Leitrim.

Among the three Laois entries this year, Lisa Daly won first prize in the Senior Individual Social Sciences Catergory for her project “To PE or not to PE, introducing PE as an exam subject.

His school principal, Maura Murphy, said she hopes Caolan’s success will inspire other students from the school to enter the science competition in the future.

“We did have a good few entries to the competition years ago, but this has died off.

“It is something that we’re addressing. We’re planning a module for the TY students next year and we have a lunch time science club which we hope will generate an interest in science outside the school.

Across the courtyard, Scoil Criost Ri entered four projects that were not chosen for the national finals.

Breege Masterson from the school’s science department said the school had entered SciFest for the last four year.

“We have had success in both the biology and physics fields in the last few years,” she said.

Knockbeg College was another school who submitted an entry but was not chosen to exhibit in the RDS.

“We had one maths based project entered that didn’t make it to the RDS,” Michael Carew said.

“It is always disappointing when you work is not rewarded, but it’s a learning curve,” he said.

Mr Carew said the second year students went to the RDS this year to get a feel for the standards required for the competition.

While, Ratdowney school principal, Aine O’Neill said there was simply no demand from students to participate.

“We have focused on the Young Enterprise competition in recent years, and we have won awards in the Build a Bank, there is a limit to what the students can do.

“We haven’t had an entry in the Young Scientist in a few years, but if students wanted to do it the science teachers would be more than happy to help,” Mrs O’Neill said.