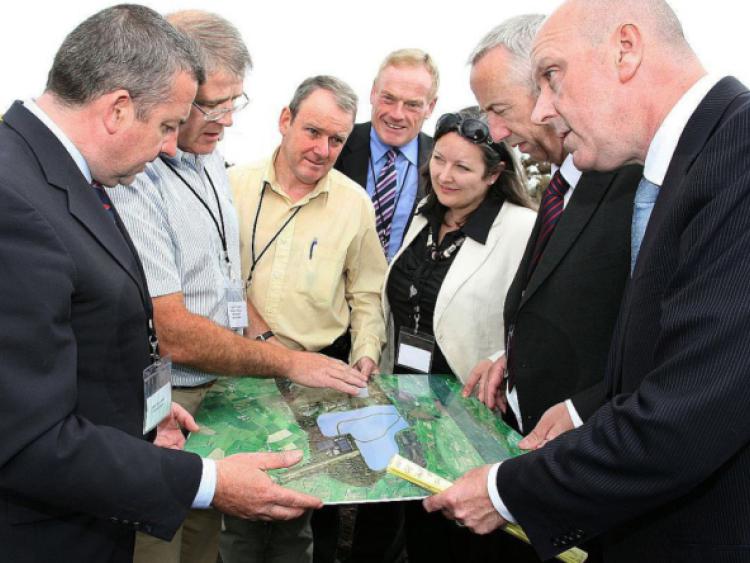 As Dublin City Council impose overnight water restrictions, Laobour Senator John Whelan has hit out in the delay in the Garryhinch Water project, which has the potential to resolve the critical water shortages.

As Dublin City Council impose overnight water restrictions, Laobour Senator John Whelan has hit out in the delay in the Garryhinch Water project, which has the potential to resolve the critical water shortages.

“The crows have come home to roost and Ireland exposes itself as a potential laughing stock by running out of water in a country in which it never seems to stop raining,” he said

“I have been campaigning on a weekly basis for three years to expedite the construction of the Garryhinch Water Project, which would resolve the critical water shortages in Leinster once and for all.”

Senator Whelan said last week’s water shortages throughout the greater Dublin region including Kildare, Wicklow and Laois could have been averted if the Garryhinch reservoir was finally fast-tracked.

He continued: “The Garryhinch Reservoir planned for Portarlington, should now be designated as a strategic priority for the newly established Irish Water company. It is absurd to roll out countrywide water metering in preparation for water charges in isolation and in advance of securing a safe, secure and sustainable water supply.”

“This is not just an urban issue and while it impacts severely on householders, restaurants, hotels and the hospitality businesses, it has serious implications too for industry and the agri-sector.”

Senator Whelan continued: “There can be no more long-fingering of the Garryhinch project. With with multiple agencies involved, the Government needs to make it a reality.

“We need the water, we need the construction jobs and the project is ready to go. Any further delays will prove costly, damage tourism and our international reputation as well as impeding investment and job creation.”

Last August, Bord na Móna chief executive, Gabriel D’Arcy said the company was “good to go to submit planning permission for the reservoir itself which is situtated on lands owned by them.”