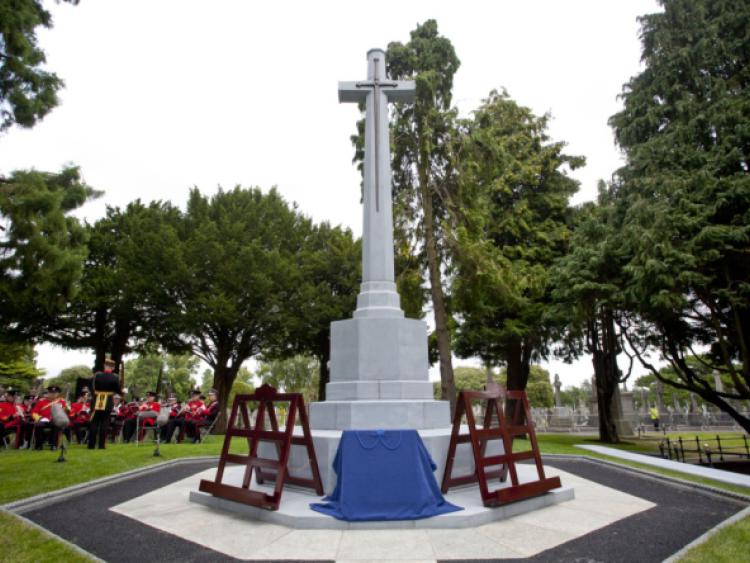 Among the names on the War Memorial in Portlaoise is that of Private James Bland.

Among the names on the War Memorial in Portlaoise is that of Private James Bland.

He is believed to have been from the New Road in the town.

His death is recorded in ‘Stand To’, a diary of the trenches 1915-1918, by Captain F C Hitchcock MC. A son of the Rector of Kinnity, Co. Offaly, he served with the Second Leinster Battalion.

Extract from diary entry for June 14, 1915: “Shelled all morning and evening. We had working parties during the day employed in pumping the water out of my trench. However, as usual, the trench pumps would not function, and in the end we baled the water out with buckets. The enemy spotted us working, and sent over salvos of shrapnel which caught some of my platoon. 3129 Pte Bland was killed. Bland was the first man who had been killed since I took over command of No 9 Platoon. A rum issue came up for the Company.”

Private Bland was an uncle of the late Cllr Tom Keenan. Aptly, in 1990, he chaired the War Memorial restoration committee. So far as can be ascertained, a total of 22 Portlaoise men died with the Leinsters in The Great War.

The total war dead for Laois was around 350.

Many, if not most of these, served with regiments other than the Leinsters.

In St Peter’s Church in Portlaoise are volumes containing the names of every Irish soldier killed in The Great War.