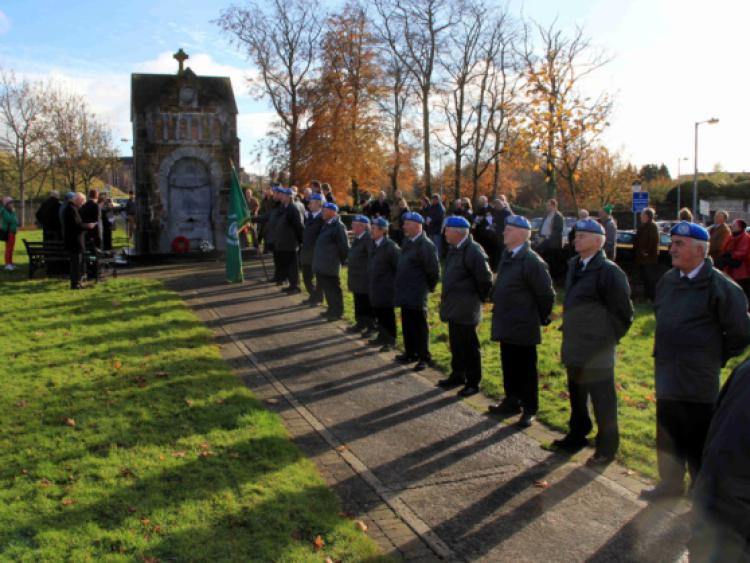 War fever infected Laois (Queen’s County) in August 1914, as it did so many other places in Britain and Europe.

War fever infected Laois (Queen’s County) in August 1914, as it did so many other places in Britain and Europe.

Soldiers of the Fourth Leinster reserve battalion, based in what is now Portlaoise Garda Station, were mobilised on August 5, just a day after the outbreak of the First World War. Reservists flocked in from many areas.

The story is told of one old veteran, who wished to re-enlist and who was hazy on the reasons for the conflict, repeatedly declaring: “I love Queen Mary and to hell with them bloody French!”

The battalion advance party was cheered on leaving Maryborough barracks for the railway station. Well-wishers lined the streets and local members of the Irish Volunteers presented arms with (wooden) rifles. On entraining for Cork, the soldiers were cheered again.

A day later, the main body of reservists, commanded by Colonel Sir Anthony Weldon, Bart, DSO, left for Cork. The Maryborough Corps of the Irish Volunteers preceded them to the railway station and the pipers of the Ancient Order of Hibernians added to the excitement.

At the station entrance, the Volunteers formed two lines to afford a passage for the reservists and to restrain the surging crowd.

Each company was cheered as it passed between the lines - and the soldiers responded with cheers for the Volunteers.

The Leinster Express reported: “When the battalion had entrained, the Volunteers formed up in front of the train, and a large crowd of townspeople assembled on the platform.”

The report added: “Touching farewells between the departing soldiers and their relatives - mothers, wives and children - were witnessed, there being a strong impression that the movement of the battalion to Cork was but a preliminary to their transfer to the Expeditionary Force for the Continent.”

Cllr JJ Aird (great-grandfather of current public representative Wllie Aird), speaking from the door of the officers’ carriage, called for three cheers for Col Weldon and the officers and men of the Fourth Leinster Regiment - a call to which there was an enthusiastic response.

The Fourth Leinisters were assigned to the defence of Cork Harbour and took over trenches at Crosshaven.

The battalion’s belief that it would be sent overseas to fight as a unit was not realized. Instead, it was used for training and replacements purposes throughout the war. By late October 1914, 7O of its men had been sent to France to fight with the Second Leinsters.