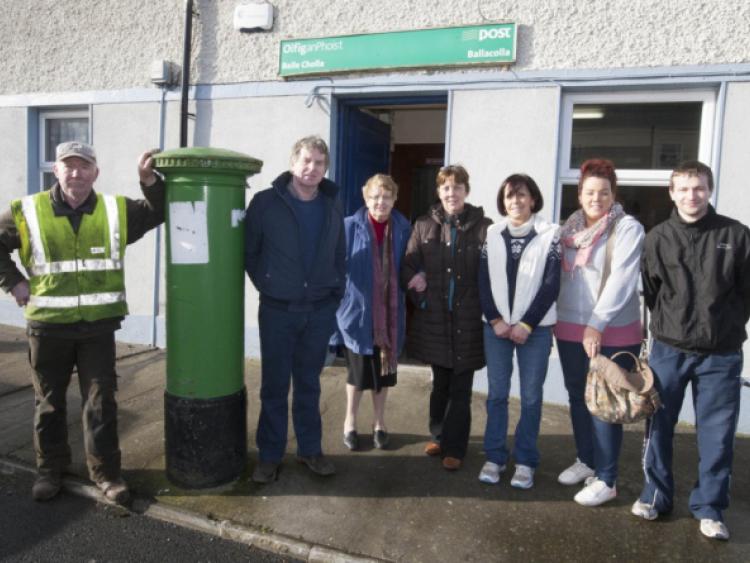 People living in and around Ballacolla have been shocked to learn that there may not be a post office in the village by the summer.

People living in and around Ballacolla have been shocked to learn that there may not be a post office in the village by the summer.

A public meeting on the future of the post office will be held on Wednesday March 26 in St Patricks Hall in the village at 8.30pm. Sean Fleming TD, Charlie Flanagan TD and Brian Stanley TD along with representatives from An Post have been invited to attend.

The current post mistress working in the Post Office has applied to An Post to retire, and will be leaving in June. It is believed that her contract will not be offered to anyone else, which will mean the post office will close.

This comes after the news that over 500 post offices around the country could be lost if the government decides to remove the social welfare contact from An Post.

Speaking to the Leinster Express, Michael G Phelan said locals will have to fight for their post office.

“What will people have to do in the end, all go and queue up in Portlaoise? Rural Ireland will be a big problem for us all, it is dying a slow death”.

He said that the post office draws a lot of people into the village as it is pension day on Fridays.

He added that it would not just be an economic blow to the village and surroundings.

“It is about the local community and comraderie, it is a social thing. People like to meet at the post office and have a chat as well. One way or another the post offices are under threat,” he said.

All local residents are encouraged to attend the meeting.