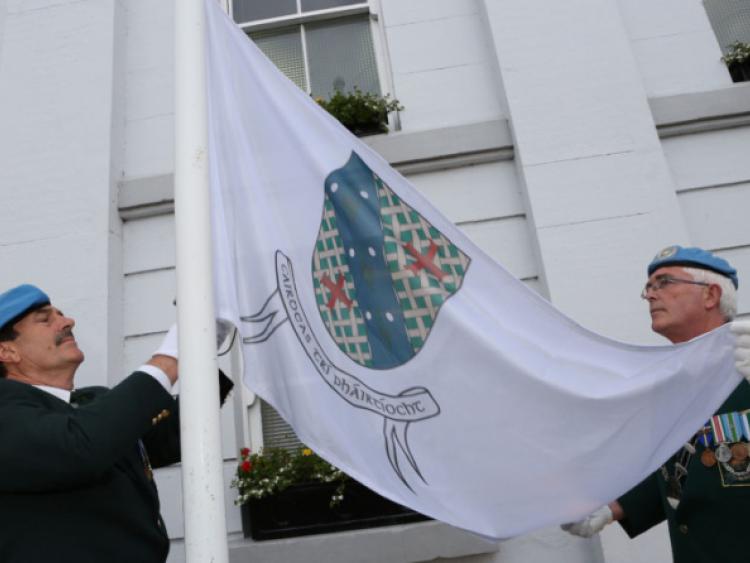 Over a century and an half of history ended last Thursday evening when Mountmellick Town Council met for the last time.

Over a century and an half of history ended last Thursday evening when Mountmellick Town Council met for the last time.

Established in 1858, it officially closes on June 1.

Stated Chairman Paddy Bracken: “It is with deep regret that we are all sitting here tonight and knowing that the Town Council has come to an end after 156 years. Only when it is closed, will people realize the role Mountmelick Town Council has played down through the years. We all worked together for the benefit of the town.”

He asked Oireachtas members to see what could be done to create jobs and help business in Mountmellick.

Cllr Marc Connolly: “I am proud to have served on the Town Council for the last 20 years. The whole town has been transformed.” He believed the Council would eventually have to be reintroduced in some form.

Cllr Denis O’Mara: “We left politics outside. We worked for the town. It is a very sad meeting indeed. A lot of people can’t believe we are being disbanded--disbanded at the stroke of a pen.”

Cllr Rosemary Whelan: “It is quite poignant. The Town Council is here a lot longer than any of us came on the earth.”

Cllr Bobby Delaney said it had been very hard to get him to run for the Council. Now, he added, he was getting it very hard to leave.

Cllr Ollie Payne: “I am disgusted that with stroke of a pen the Minister did away with over 100 year of history. The lads (Councillors) gave their hearts to the job and did it for practically nothing.”

Cllr Stephen Lynch: “It is great to have an interest in the town where you were born and reared. Every town should have a council of some sort.”

Cllr Lisa Delaney spoke of how Mountmellick had come on so much under the Town Council’s guidance. She paid tribute to her Labour party predecessor Pat Bowe.

Town Clerk Pamela Tynan expressed sadness that the Council was going. Manager Ian McCormack said it had been a honour for him to serve the Council. Engineers Brenda Cuddy and Dermot Leonard also addressed the meeting.