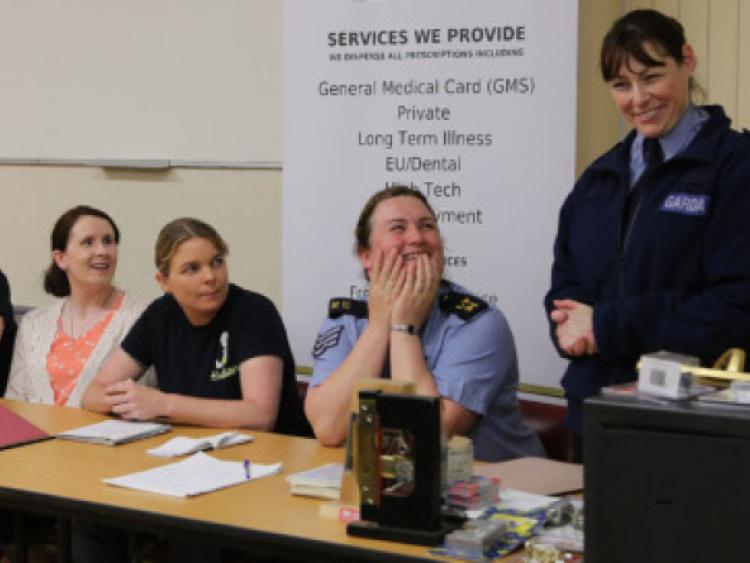 The Lansdowne and Castlelea estates in Portarlington have united to form a Neighbourhood Watch to prevent anti-social activity and protect their elderly residents.

The Lansdowne and Castlelea estates in Portarlington have united to form a Neighbourhood Watch to prevent anti-social activity and protect their elderly residents.

The group were officially formed last Wednesday May 14 , at a meeting in Portarlington Community Centre .

Newly appointed chairperson Sharon Moriarty says the night was a big success, with some 35 residents attending from the two estates.

“We are delighted we got it set up. The signs are all up in the estates. We will be looking out for our elderly residents, and keeping an eye out generally. Our aim is to prevent crime as much as we can,” she said.

The two estates which have 130 houses adjoin each other on the Ballymorris road in Port. While there is no big problem with crime, Ms Moriarty says there have been some difficulties up to now.

“There was some anti social behaviour coming into the estate. There has been a small bit of theft, like tools from vans, but there hasn’t been much robberies. The aim is to all look out for each other, and if there is anything serious, to call the gardai directly in Portlaoise,” she said.

The homeowners got security advice from Garda Sergeant Elaine Moore during the meeting.

“Be alert when bringing in your shopping bags from the car. If you are being watched, they could open the door and grab your keys,” she says.

They also heard advice from locksmith Jack Nolan and from Broderick Alarms, including a warning that front door locks are not as secure as they seem.

“A standard lock, the handle can be snapped off with a pliars from the outside, and a screwdriver can open it within three minutes, we heard there is a new double lock available,” said Ms Moriarty.

The committee plan to go door to door to update every resident, and distribute window stickers. Each street will have a representative to go to for any concerns, and the group is free to join.