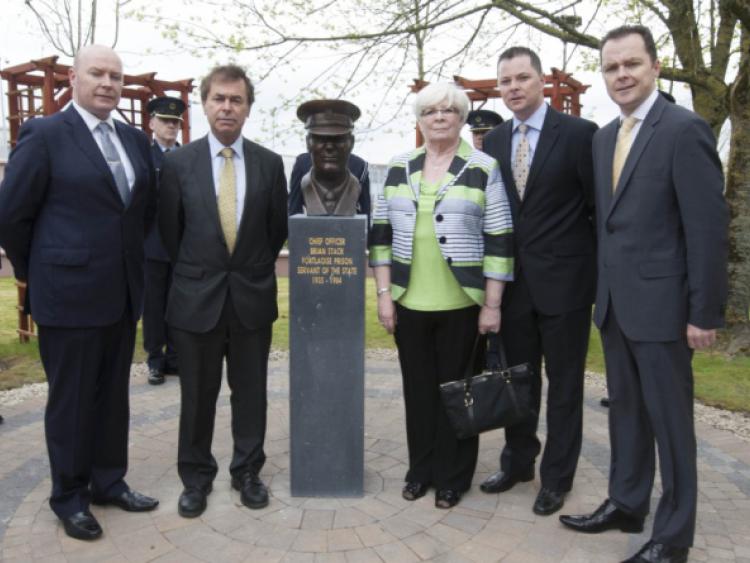 As they mark his thirtieth anniversary, the family of murdered Portlaoise chief prison officer Brian Stack are optimistic about getting to the truth of his unsolved murder.

As they mark his thirtieth anniversary, the family of murdered Portlaoise chief prison officer Brian Stack are optimistic about getting to the truth of his unsolved murder.

Brian Stack is the only Irish prison officer murdered by the IRA, shot outside the National Boxing Stadium in March 1983. He died 18 months later, leaving behind his wife Sheila and sons Austin, Kieran and Oliver.

Last year the IRA met with Austin and Oliver, admitted the murder and apologised, saying it was not authorised but was in the context of a “brutal prison regime”.

Austin who is assistant governer of Wheatfield Prison, continues to lead the campaign for the truth of who killed his father, and why several investigations failed.

“We are meeting bi monthly with Gardaí, and they are actively investigating the case at the moment. There is a lot of stuff they are doing that is very sensitive,” he said.

Last week he met Garda Assistant Commissioner Derek Byrne, and asked him about a claim by former Minister for Justice Michael McDowell of a Garda decision not to investigate historic IRA crimes.

“I asked about McDowell’s statement, and he told me he wasn’t aware of any direction not to pursue cases. But if it is true, we want to know how long was it in place. Is that why the original case was stopped? Or was it incompetence, or indeed negligence?,” said Austin.

For many years the family have queried why evidence went missing, and key witnesses were not questioned.

“In fairness, the Garda investigation has moved on considerably, and what we are hearing from them is very positive,” Austin added.

To encourage paramilitaries to meet families in limbo like themselves, to give answers or make amends, he is seeking a ‘restorative committee’ with legal privilege for whatever is said.

“Obviously the IRA are not going to come forward unless they know they will not be charged. If families feel they have acted honestly, they could then agree to an amnesty,” he said.

In May last year the family attended a moving ceremony in the Midlands Prison Campus, for the renaming of the prison training centre as Brian Stack House, and the unveiling of a bronze bust by justice minister Alan Shatter.