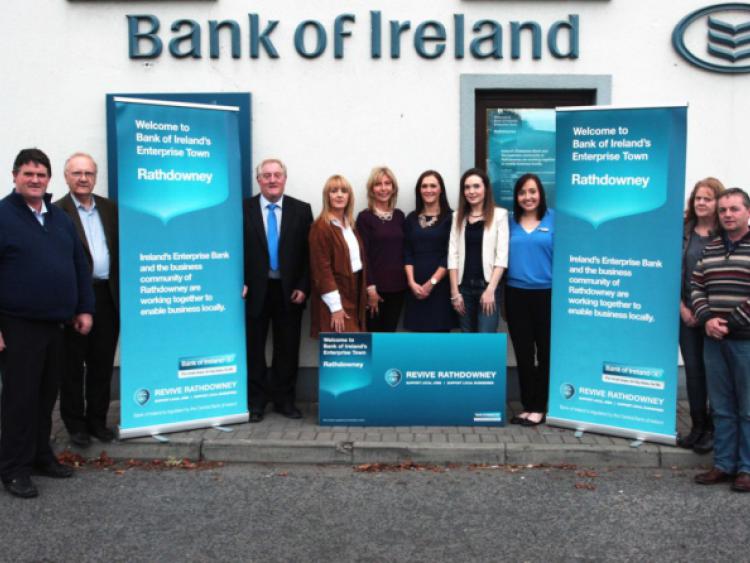 Dragon’s Den mentor Gavin Duffy, the Vice President of Paypal and star hurler Henry Shefflin are all in Rathdowney this weekend to kickstart new life in local businesses and the wider community.

Dragon’s Den mentor Gavin Duffy, the Vice President of Paypal and star hurler Henry Shefflin are all in Rathdowney this weekend to kickstart new life in local businesses and the wider community.

Rathdowney has been chosen as a Bank of Ireland Enterprise Town for 2014, and ‘Revive Rathdowney’ begins this Friday with a Business Expo, launched by Minister for Foreign Affairs and Trade Charlie Flanagan.

The expo runs from 3pm to 7pm, in St Fergal’s College, and will showcase more than 70 local businesses .

As well as RTE’s Dragon Gavin Duffy, it will be attended by Rathdowney native Louise Phelan who is Vice-President of Global Operations EMEA for Paypal.

Kilkenny hurling legend Henry Shefflin along with other sporting personalities are coming along on Saturday to support a Sports and Community Expo, which runs from 11am to 3pm, with 20 clubs already signed up,

‘Revive Rathdowney’ has been welcomed and backed by many community group members, including Donaghmore Workhouse’s Trevor Stanley.

“As it is it has brought an increased awareness of new businesses around the area that we didn’t know about, people working from home, or in Portlaoise,” he said.

With the long idle Rathdown Outlet recently sold and a massive sewerage development scheme starting in the town, the enterprise initiative could not come at a better time he believes.

“If there is a pick-up in the economy, people may not be feeling it in their pockets, but this is giving them a burst of enthusiasm and they are very much behind it, particularly coming up to Christmas,” he said, adding that a Christmas fairwill be on December 5.

Maria Harris is Manager of Bank of Ireland, Rathdowney.

“We are very excited to bring our ‘Enterprise Town’ initiative to Rathdowney. I am proud of what we have achieved together over a very short time. The community have worked tirelessly with me to bring it to life,” she said.