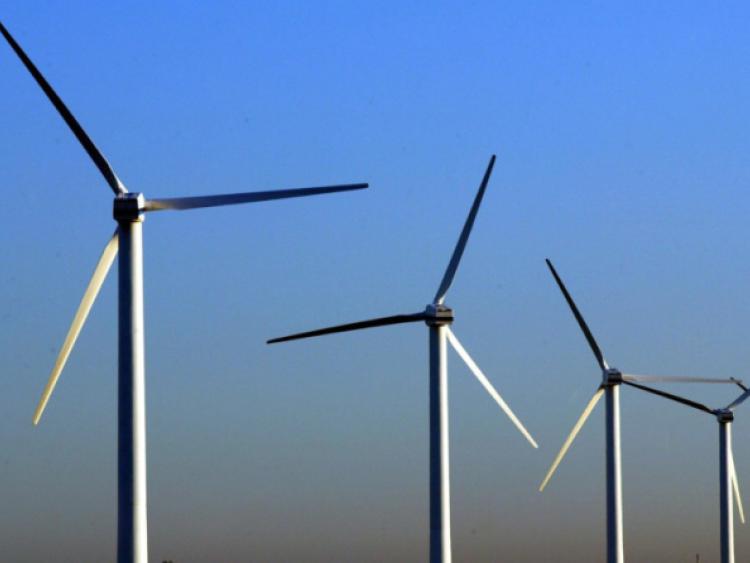 Laois councillors who voted to remove all areas designated suitable for wind farms from the county plan, have been threatened with ministerial action if they go ahead.

Laois councillors who voted to remove all areas designated suitable for wind farms from the county plan, have been threatened with ministerial action if they go ahead.

Last August 2014 councillors voted to wipe out every site designated as suited for wind farms, in an attempt to put a spoke in plans for any future industrial windfarms.

At the time it was met with claps and cheers in council chambers by anti-wind campaigners, many from Cullenagh, where Coillte were granted permission for an 18 turbine windfarm.

However the Department of the Environment has now issued a letter telling them not to proceed, or “the Department may have no choice but to consider the use of the powers of Ministerial direction under the Planning and Developments Acts 2000 to direct the planning authority accordingly”.

The letter, read out at the February council meeting last Monday, got a cautious reply from councillors.

They all agreed with Cllr Paschal McEvoy’s proposal to “take time and have a look at it”.

“I would like the opportunity to address this threat from the minister,” said Cllr Jerry Lodge.

“I don’t accept there is ‘no rationale’,” added Cllr Padraig Fleming.

Firstly local authorities were told in 2013 to wait until the national policy on wind energy was completed before amending county development plans. This was due for completion last autumn but has not yet been published.

There is “no rationale” for the motion, the letter further claims.

The Department is also “concerned” that the plan would be inconsistent with the rest of Laois County Council’s development plan. in terms of other references to the policy of renewable energy in the plan.

The variation of the 2012-2018 plan would represent “a very poor use of the planning authority’s resources”.

“The plan would not represent a strategy for proper planning and sustainable development, and the authority should not proceed to prepare the variation,” the letter said.

It was read out by Director of Services Anna Marie Delaney, who last August had warned the councillors of “ministerial direction” if they passed their motion at the time.

She reiterated her warning to the councillors last Monday.

“This sets out very strongly that they don’t consider you should proceed with this,” she said.