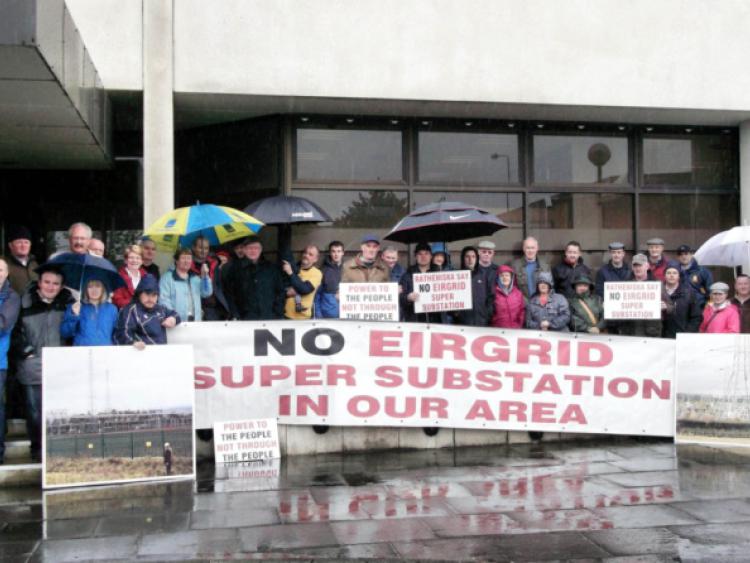 An announced independent review of undergrounding of cables by Eirgrid has been slammed as a “political manoeuvre” by the RTS Action Group.

An announced independent review of undergrounding of cables by Eirgrid has been slammed as a “political manoeuvre” by the RTS Action Group.

“This is to try and take the heat off the elections. The government have been put under pressure. Doing a survey is not going to solve anything. The only way to solve this is to reappraise the complete energy policy. This is about wind,” said Colm Fingleton from the group.

Eirgrid will now offer compensation for communities living close to pylons and lines, but Mr Fingleton says money is not the issue.

“This was never about money. Minister Rabbitte is trying to say this is about security of supply and economic growth but we have no problem with supply. We are probably using 25 percent less than we were during the boom, and we never had a crash. Saying they are “keeping the lights on” is a way of threatening people,” he said.

He says Eirgrid have received applications to connect planned windfarms that would produce six times the amount of power Irish consumers need, and this is why Eirgrid are doubling the national grid, at a cost of €1bn.

“That’s why they were planning to put in 16 powerlines into Ratheniska. People haven’t figured out the scale of this. The sheer amount and height would have a massive effect on the landscape. We have the right to know the cumulative effect of pylons, lines and turbines, what we could end up living with,” he said.