There was little appetite for soldiers in British uniforms 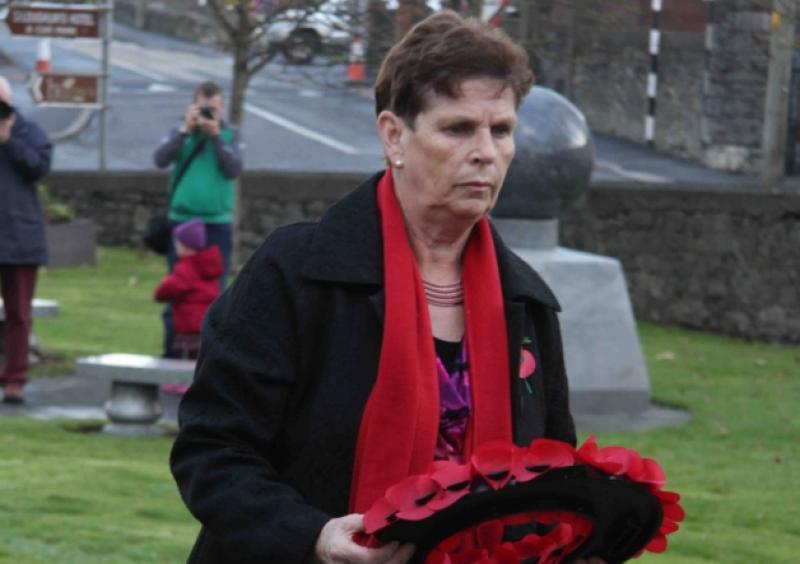 She went on: “But perhaps it is only now with the distance of time that we are able to appreciate and understand the impact this human tragedy had on Ireland.

“For the returning Irish veterans it was difficult, in many cases impossible to talk about their shocking experiences fighting in the British Army.

“There was little appetite for returning soldiers who had worn British uniforms. The men and women who returned home faced great hostility in many instances, with little concern given for their terrible physical and mental injuries.”

Ms O’Brien continued: “Of course, they were the lucky ones to return home. For many families the arrival of the postman at their door meant a terse note informing them that their sons had been killed in action.

“Such it was for the families of 17 officers, 160 NCOs and enlisted men of the Fourth Battalion Leinister Regiment, Queen’s County. Twenty one of these man have their names inscribed on the Menin Gate in Ypres, where so many others are remembered at a ceremony each evening of the year.

“But today we stand here at this well known local landmark and remember those noble men on this the 100th anniversary year of the outbreak of the First World War. And we salute their sacrifice. This monument is a symbol of heroism and idealism. It serves as a constant reminder of the cost of war and stands as a sentinel of peace.”

Ms O’Brien concluded: “Today Irish soldiers continue to enlist in the fight for peace in the world, and we pray for their safety and the success of their mission, also the Garda Siochana and all who serve our country.”