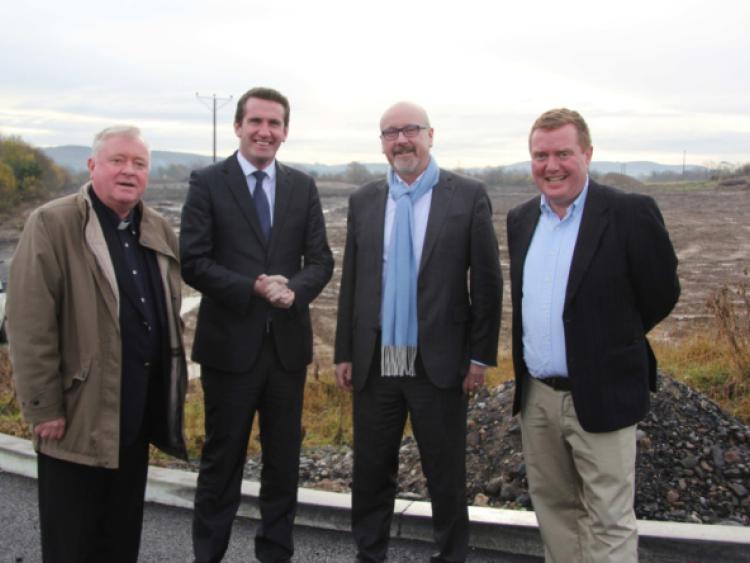 New primary schools being built in Portlaoise are not big enough to cope with the population growth according to Brian Stanley TD.

New primary schools being built in Portlaoise are not big enough to cope with the population growth according to Brian Stanley TD.

But the claim has been slammed by Senator John Whelan as “negative” and “blown out of proportion”. Sen Whelan said discussions and planning forexpansion is underway, so that the increased demand could be addressed in advance of 2018/19.

The Sinn Féin TD claims that the Department of Education should give the go ahead for extra classrooms at the site of the schools being built off the town’s Stradbally Road.

“While the new schools are to be welcomed they are inadequate to meet the demand for school places. The two new 24-classroom schools will not be able to accommodate the number of children in the parish. There are already 48 classes in the existing three schools to be amalgamated – Scoil Mhuire, Sacred Heart and St Paul’s – and when demographics and the baptismal numbers are factored in, the two new schools are simply too small,” he said.

The TD said enrolments for next September are already over-subscribed with baptisms up to 364 in 2014. The situation is even more serious as classes are currently full to capacity in the existing schools.

“We must also factor into the calculations the fact that some children from Portlaoise, who cannot be accommodated in any of the parish schools, are being transported to schools in other towns and villages. In one case I am aware of, children are being driven to Cullahill and another family are forced to transport their 5 year old child to Mountmellick. Several attempts have been made to get them places in schools in the town but to no avail. Because of the shortage of places, some parents are forced to educate their children at home with Dept. of Education permission. I am also aware that there are children in Portlaoise over 6 years of age who are at home and receiving no education as there are no school places available. This is simply not acceptable.

“I’m calling on the Government and the Department of Education to add the 8 extra classrooms to at least one of the schools,” he said.

But Labour Party Senator John Whelan was withering in his criticism.

“Only someone as negative as Brian Stanley and Sinn Féin could try to contrive to turn the construction of six new primary schools in Portlaoise into a problem.

“Sinn Féin claim to have identified a handful of enrolment difficulties in Portlaoise and tried to blow it out of all proportion into a crisis.

“We help parents and families resolve problems on a daily basis and have only been contacted in relation to one particular school enrolment issue,” he said.

He said the schools are long over due and promised for the past fifteen years, but are finally being delivered and constructed by this Government, thanks to the intervention of two Labour Education Minsiters, Ruairi Quinn and Jan O’Sullivan.

He said three of the schools, the new Educate Together, the Gaeilscoil and Maryborough NS are up and running.

“Brian Stanley also conveniently chooses to ignore that work on a brand new Scoil Bhride, Knockmay will get underway this spring, ridding the community of the unacceptable long-term use of so many dozens of prefabs.”

He said he and his colleague, Cllr Noel Tuohy are well aware of the projected demand for new school places.

“These children will require school places in four and five years time and discussions and planning for that provision is already underway, so that it is addressed in advance of 2018/19, rather than it being left too late and critical pressure comes on the school places.

“Such additional capacity is already embedded in the plans for the new schools and that is now being explored, as Brian Stanley well knows, but he is far better at trying to contrive problems than providing solutions,” he said.