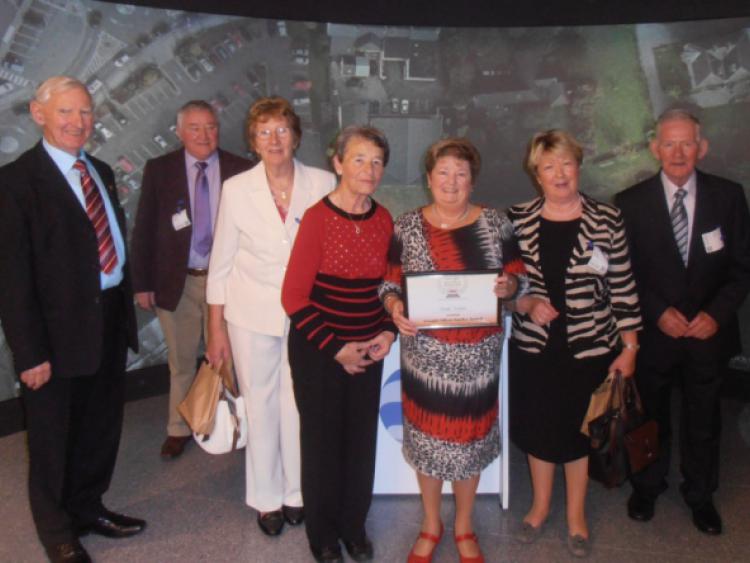 There is no sign of Portlaoise Active Retired slowing down as they prepare to celebrate their 10th anniversary.

There is no sign of Portlaoise Active Retired slowing down as they prepare to celebrate their 10th anniversary.

On Wednesday, January 21, the members of the group will gather in their finery for a “Red Carpet Day”, during which they will honour the past nine Honary Presidents of the Association.

“Every year at our AGM we elect an Honary President. Their duty throughout the year is to present the prizes for any little competitions we might have,” Chairperson Andy McQuillan explains.

“One requirement we have is that the Honary President must be 80 years of age.”

“We have nine different Honary Presidents and we deicded to feature them as representatives of each year.”

Mai Quaid, president of Active Retirement Ireland will be in attendance to present the awards to the eight ladies and one man who have held the prestiguous title over the last nine years.

Each award will feature an inscription, and the MC for the night will read out a short anecdote from each year of that persons presidency.

“We will have photos on the red carpet before the awards, which will be followed up by dinner and some dancing,” Andy added.

A review of the groups activies over the last ten years will feature on a big screen in the Heritage Hotel throughout the afternoon.

“The men will all be dressed in black dickie bows, shirts and jackets and while there is no requirement for ladies to wear long ballgowns, we know they will all look splended on the day too,” Andy said.

The group’s AGM will take place the following week on Wednesday, January 28.

“We haven’t gone away together for a few years, and a few people expressed an interest this year. So we will see what James has to offer and decided then,” Andy said.