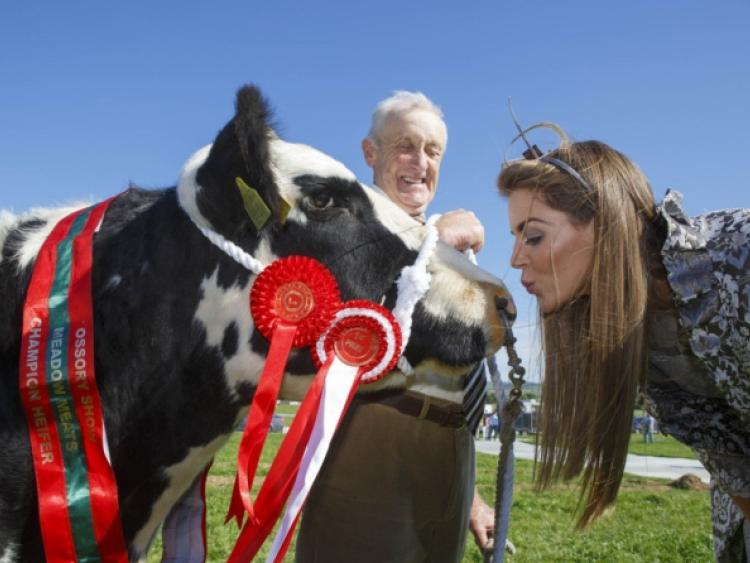 The National Ploughing Championships in Ratheniska is on course for a record year and will dwarf any of the previous hostings of the events in Laois.

The National Ploughing Championships in Ratheniska is on course for a record year and will dwarf any of the previous hostings of the events in Laois.

The event was launched in the sunshine by Agriculture Minister Simon Coveney last week as workers continued laying the 22km of steel trackways for the massive event in Ratheniska from September 24-26.

Speaking to the Leinster Express, NPA managing director Anna May McHugh revealed how much the event has expanded since 2000 in Ballacolla, with 14,000 trade stands this year.

“The 2000 championships in Laois had 600 stands, now we are at over 1200, doubled since last time, we have had no retail stands available since last March, we have a waiting list. We don’t advertise for stands, touchwood we haven’t have to. It is important to us to keep it very much agriculture based, and to have an event we can manage,” she said.

Minister Coveney said the event promised to be the biggest show yet, with 200,000 visitors expected.

“We are in for a fantastic if not the biggest ever championships, it gives a buzz of activity and commerce, a stimulus for this county and the country. I congratulate the phenomenon that is Anna May and Anna Marie, and I look forward to attending,” he said.

County Manager Peter Carey said it was a great honour to host the event.

“I am thrilled to be having what is the biggest event of the year in Laois. This event is run with military precision, I am sure it will come to fruition, Anna May is an icon and we are very proud of her,” he said.

Anna May welcomed the return of the ploughing to her county, while sadly noting the passing death of agricultural journalist Sean MacConnell.

“The Irish Times never knew we existed until Sean came on the scene, we will all miss Sean, he was a great colleague and friends,” she said, holding a minute’s silence.

There are 350 ploughing competitors including NPA chairperson Anna Marie, daughter of Anna May.