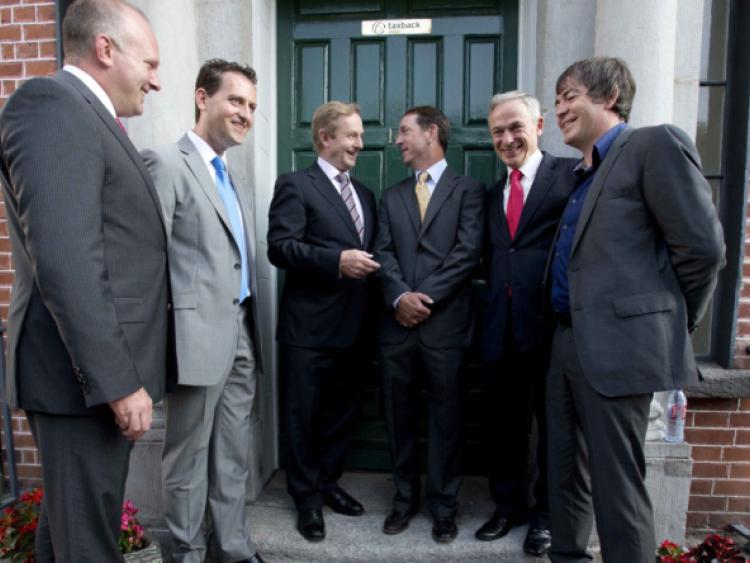 A lot of luck and a little bit of help from the IDA has secured 50 new jobs for Portarlington.

A lot of luck and a little bit of help from the IDA has secured 50 new jobs for Portarlington.

The Magni Group, which operates an automotive coating business, will set up its new manufacturing plant and R&D laboratory in Portarlington.

The company which has its headquarters in Michigan, USA, will employ the new staff at a purpose built 40,000 square foot factory with room to double this capacity over five years.

They are based in 23 locations in eight countries around the world including Germany, India, China and Japan.

Virtually every car assembled around the world uses the company’s coatings.

It was a chance meeting in a bar, that lead to Port’s Kieran Leavy becoming good friends with a member of the magni group.

“It was about six months into our friendship that we spoke business. They were thinking about going to the Czexh Republic.

Kieran continues: “About a month later we were talking on the phone and I just said it to him off the cuff would he not think about coming to Port.

“He said I would have to come and see the Magni company presidents now, as the decision would be made by the end of the working week.”

Just a few days later, Kieran found himself in his friend’s kitchen and when he met with other Magni representatives they said they would have to visit Port as Mr Leavy had made such an effort to meet them.

“I just told them about the town of Port, and how unemployment was bad in the area especially since the closure of Avon.

“I had no idea how many jobs was involved at the time but I told the them that we needed the jobs, even if it was only five.”

Having already registered with ConnectIreland after seeing their stand at the 2012 GAA Congress, Kieran put the two in touch and the jobs announcement was made tFriday by An Taoiseach, Enda Kenny TD, in the presence of Richard Bruton TD, Minister for Jobs, Enterprise & Innovation with Terry Clune, Chairman of ConnectIreland.

“This is all down to my connections with the GAA,” he said.

Managing Director of Magni, Ted Berry said the company were coming “back to Ireland” as his great-great-grandfather had left Ireland for reasons unknown to him.

“We want to be part of the community, we are not going to bring over 50 Americans for these jobs, ther are all going to be Irish jobs.

He praised Kieran and the government for bringing the jobs to Port.

“These jobs were created in part by Kieran but also be a government who was very welcoming to us.