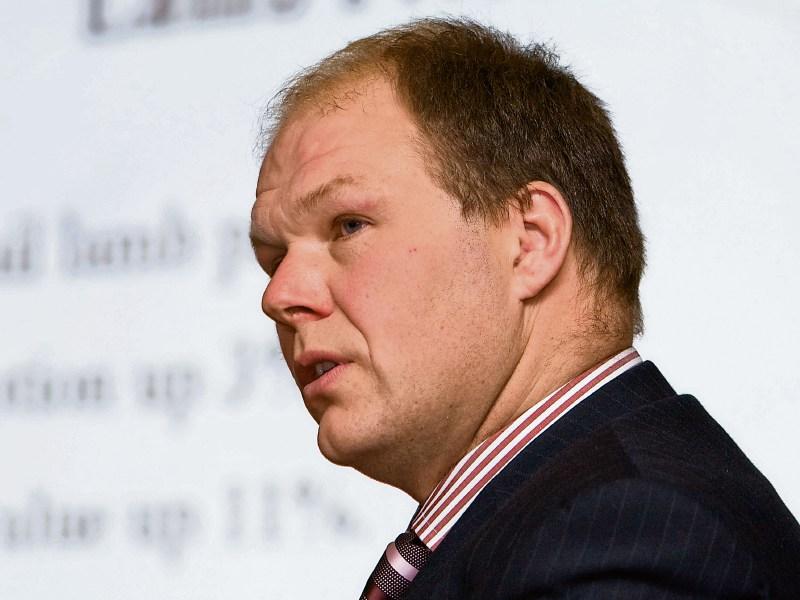 IThe IFA will elect a new President in April, following perhaps the most traumatic period in the Association's history.

Mountmellick's Henry Burns is one of the three candidates contesting for the position, along with Flor McCarthy (Kerry) and Joe Healy (Galway).

It's a difficult time and election for the IFA and the next President may be a crucial figure for the Association's future.

“The message I'm taking out there is very much a collaborative one and bringing people with me,” Henry told the Leinster Express..

“My history with the IFA began at branch level in Mountmellick and then at county level.

“I became National Shccp Chairman at a time when not a lot of people were looking for the position.”

Henry says he relishes the challenge of the campaign, which is now effectively underway.

“I worked closely with the sheep committee. At the time hill and lowland sheep farmers seemed diametrically opposed. As Chairman I pulled them together and we had a unified position.

“We fought hard for the sector, from Kenmare to Brussels, and as a result of our efforts close to €100 million came back for sheep farmers,” he said.

Henry points to a similar dichotomy in the livestock sector, this time between the smaller producers in the west and the beef finishers in the east of the country.

“I have been out there and I have huge experience,” he states. I am totally connected to the grassroots, and I will never get disconnected from that. The IFA as an organisation needs putting back together. The President cannot have all the good ideas. We must take on board the ideas of our members, and bring them to committee and formulate policy that way.

“I want to drive on for farmers and take it all the way to Brussels. I have experience in dealing with the EU institutions and bureaucrats.

“I was about 200 days off the farm last year. I am basing this campaign on my experience. I want to thank those counties who nominated me, and the people who encouraged me to run.

“I also received great encouragement from my home county of Laois and I am very honoured to be running in this campaign,” he said.