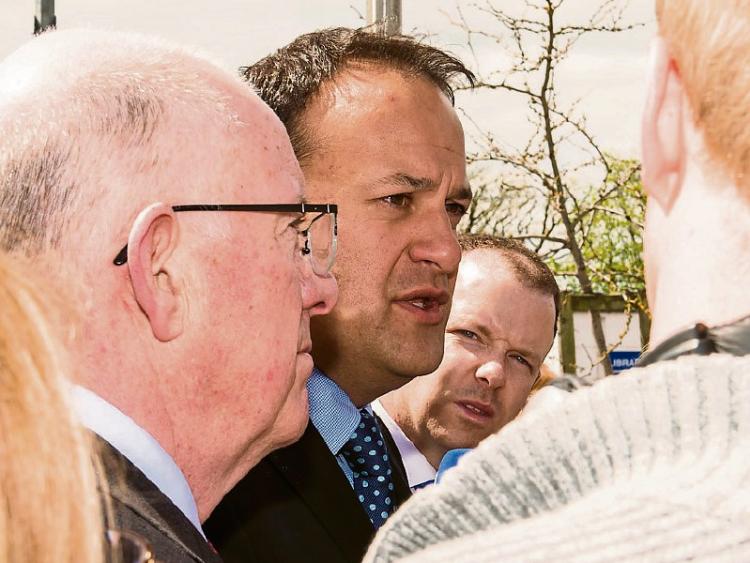 Minister for Health Leo Varadkar's backing for 24 hour services in Portlaoise hospital comes with the health warning that change will happen, though he would not go into detail on how the hospital will be reconfigured.

Speaking to the Leinster Express last week Minister Varadkar gave a promise to retain services though he warned that people should not expect a fully fledged A&E department.

“ What is intended is to retain 24 hour services in this hospital. We have had an extremely busy winter with overcrowding in emergency departments in hospitals. Naas has been particularly overcrowded, Tullamore has had its problems too. Tallaght has done well.

“I don’t think there can be any serious proposals to end 24/7 services in this hospital for the foreseeable future because the capacity simply does not exist (in other hospitals),” he said.

Asked if this includes A&E he said it did,

“It does but the only caveat I would attach to that is that all emergency departments are not the same and they don’t all see everything. I think it is already the case that orthopaedics goes to Tullamore so you may see changes (in Portlaoise) on those lines. This is the way modern medicine is going,” he said.

The next Minister for Health will have the final say on services when a plan on the hospital clears the HSE. He said work is ongoing on what changes will happen.

“That is exactly what we need to figure out and clarify a bit better. It is already the case that paediatric trauma goes elsewhere and orthopaedics too and there have been changes to complex surgery. It is that type of thing that we need to figure out a bit better and make sure whatever we do is about the best patient safety and outcomes, not saving money, because as we know from experiences in other parts of the country reconfiguring doesn’t save money,” he said.

As to when the plan will be ready and decisions taken Minister Varadkar had no timeframe but he said previous mistakes would not be repeated.

“It is not imminent because there have been a lot of over and backs...I would rather get things right than do things quickly. We know that any change to one hospital impacts on others and also impacts on the ambulance service so any changes that are made when it comes to taking services out or putting services back into this hospital have to have regard to the ambulance service and the other hospitals.

“The lesson from other reconfiguring whether it is St Colmcilles & St Vincents Dundalk and Drogheda, Ennis Nenangh & Limerick is that you really have to have regard to what the impact will be on other hospitals, ” he said.

Minister Varadkar was accompanied on his visit by Laois TD and Minister Charlie Flanagan.

“I am very pleased the Minister is here in person. He gave an undertaking last year that he would come back and visit the hospital and he has shown very much of a positive engagement here in Portlaoise having regard to the very difficult time for the hospital.

“I think it is important that there be opportunity for full consultation and engagement and that is what we are having here with Mr Varadkar,” said Minister Flanagan.